– Dragon Gate (“One of Kunming’s most popular scenic spots. “)
– Huating Temple (an ancient Buddhist temple that was originally a retreat for the local ruler, one of the major tourist attractions in the Western Hills area and one of the best-preserved Buddhist temples in Kunming.)
– Stone Forest (a UNESCO World Heritage Site, the closest of Yunnan’s three heritage sites to Kunming, a seemingly endless collection of stone towers, spires and oddly shaped monoliths with occasional scenes reminiscent of Easter Island or Stonehenge.) 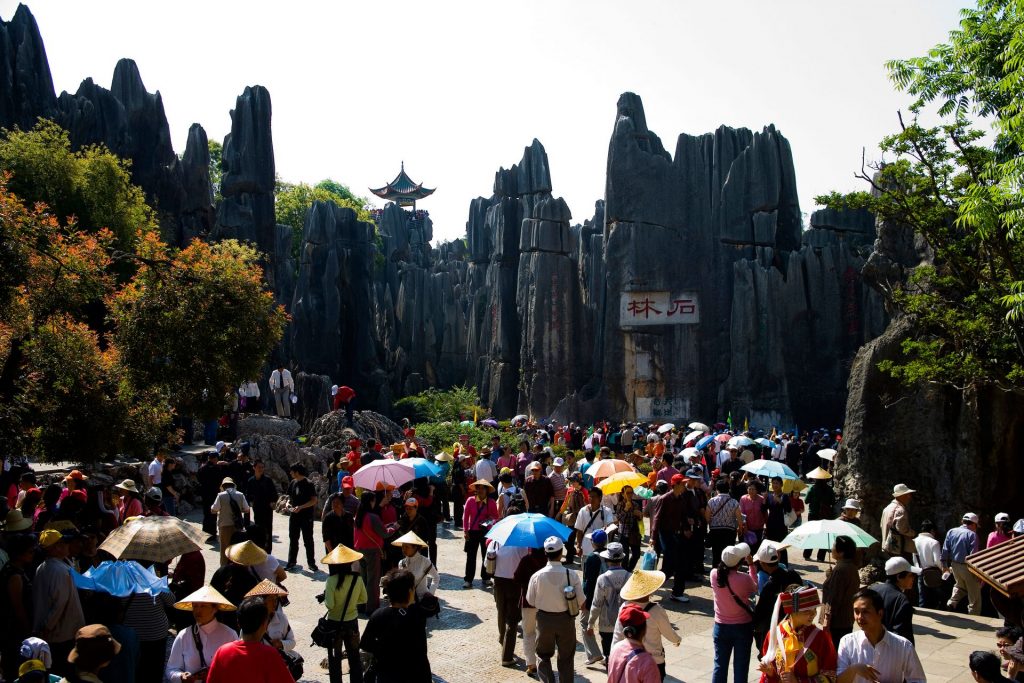 – Mekong River (a major river in Southeast Asia, the world’s 12th-longest river and the 7th-longest in Asia.)

– Cangyuan Rock Paintings (first discovered in January 1965, the pictures cover a space thirty meters wide on the cliff, and the top of the pictures is about five meters from the ground.)

– Nangun River Nature Reserve (a state-level nature reserve, it covers a total area of 7,082 hectares and mainly shelters such rare animals as Asian elephant, Bengal tiger, and white-headed gibbon etc together with their habitat and the forest ecosystem as well.)
– Zhenkang (a Chinese border town with Burma.)

– Salween River (one of the rivers within the Three Rivers Natural Reserve, a world heritage site listed by UNESCO.)

– Wangdin Town
– One Single Tree Forest (a national AA scenic area, located near Mangling Village and looks like a green forest from afar, but is actually only a banyan tree.)

– Jiele Golden Pagoda (called “Guangmuhemao” in Dai language and means “a pagoda at the end of Ruili basin”, it is said that buit about 2500 years ago, the pagoda is the oldest Buddhist building in the city.)
– Nongdao Town (an important trading point along China’s southwestern border leading to Burma and further to India and Nepal.)
– Jiegao (an old town refurbished taking on a new look, has become an export-oriented economic experimental zone in Yunnan, thus won its name “Shenzhen in Yunnan”.)

-Big Yingjiang River (a branch at the upstream of Irrawaddy River, it takes its rise from Danzha River and Binglangjiang River in Tengchong County.) 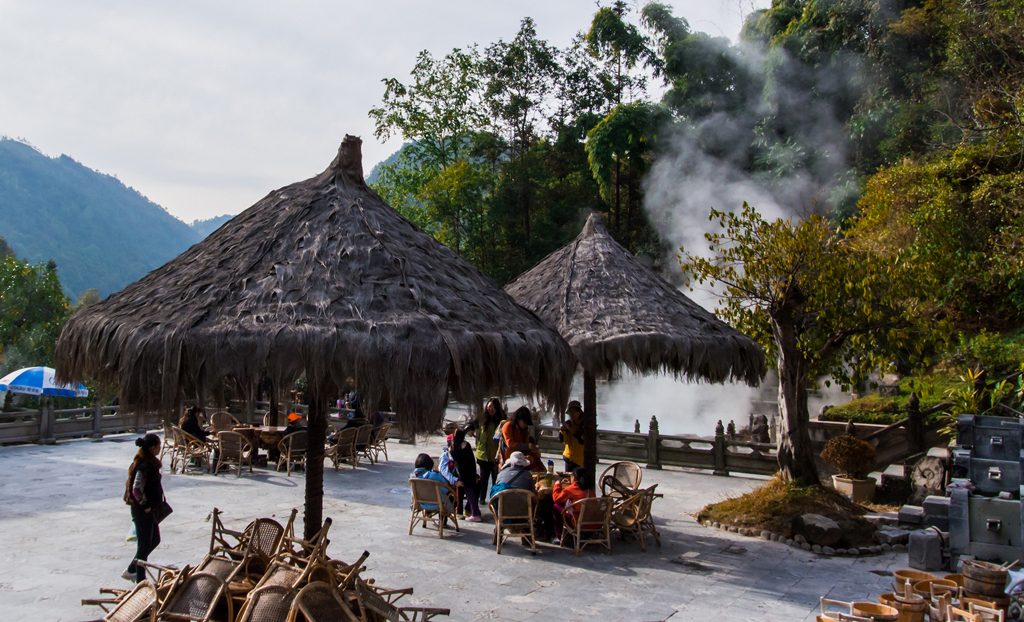 – Dieshuihe Waterfall (one of the twelve scenic spots in Tengchong, and is the only volcano barrier waterfall located in the city of China.)
– the Hot Sea (20km away from southwest of Tengchong, covering an area of 9 square kilometers. There are over 80 hot springs in this area, including 10 springs over 90 centigrade.)

– Gaoligong Mountains (famous for its peculiar geographic formations and abundant fauna and flora resources. It has been vividly dubbed as “A World Gene Data Base of Species”, “A Natural Museum” and “The Paradise of Pheasants and Finches”.)
– Salween gorge (the Nujiang Gorge) (a mysterious area rich in ethnic culture, flanked by two 4,000-meter-high mountains, still has preserved cultural traditions, making it an ideal place to explore. )

– Mekong River (a major river in Southeast Asia, the world’s 12th-longest river and the 7th-longest in Asia.) 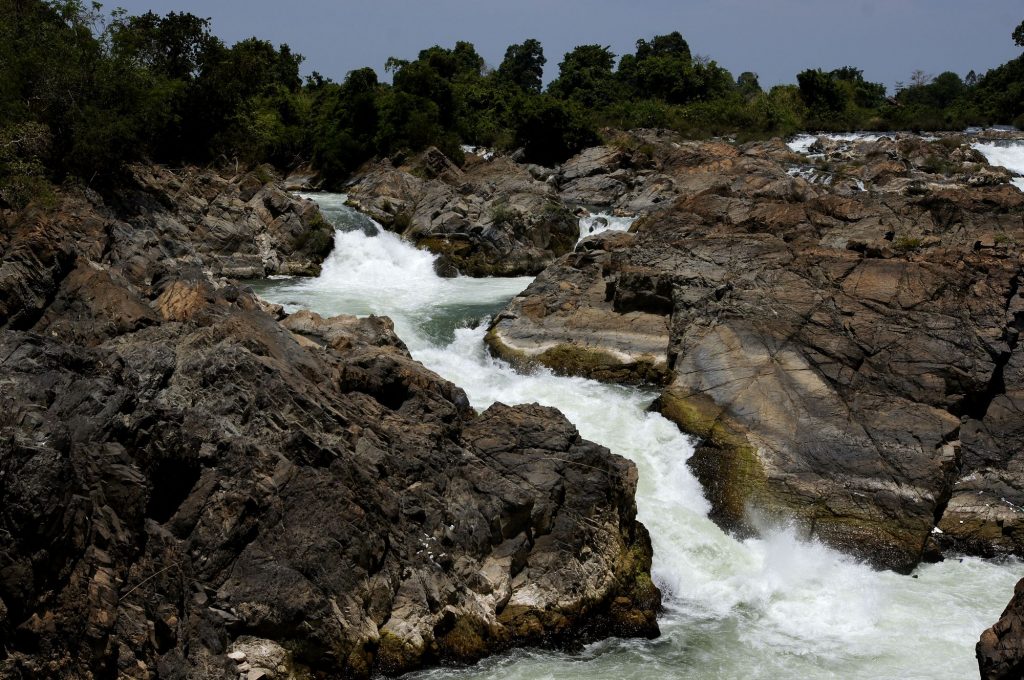 – Erhai Lake (the largest alpine lake famous for its natural beauty and scenic spots, the second largest fresh water lake next to the Dian Lake in Yunnan and one of the seven largest fresh water lakes in China.)
– Three Pagodas of Chongsheng Temple (one of the oldest and most magnificent architectures standing gracefully and forcefully in South China, it is a famed place of interest, a symbol of ancient history and culture of Yunnan Province.)
– Dali Old Town (a National Historical and Cultural City, dated back to the Tianbao Period of the Tang Dynasty, with the fame of “the famous literary town”.) 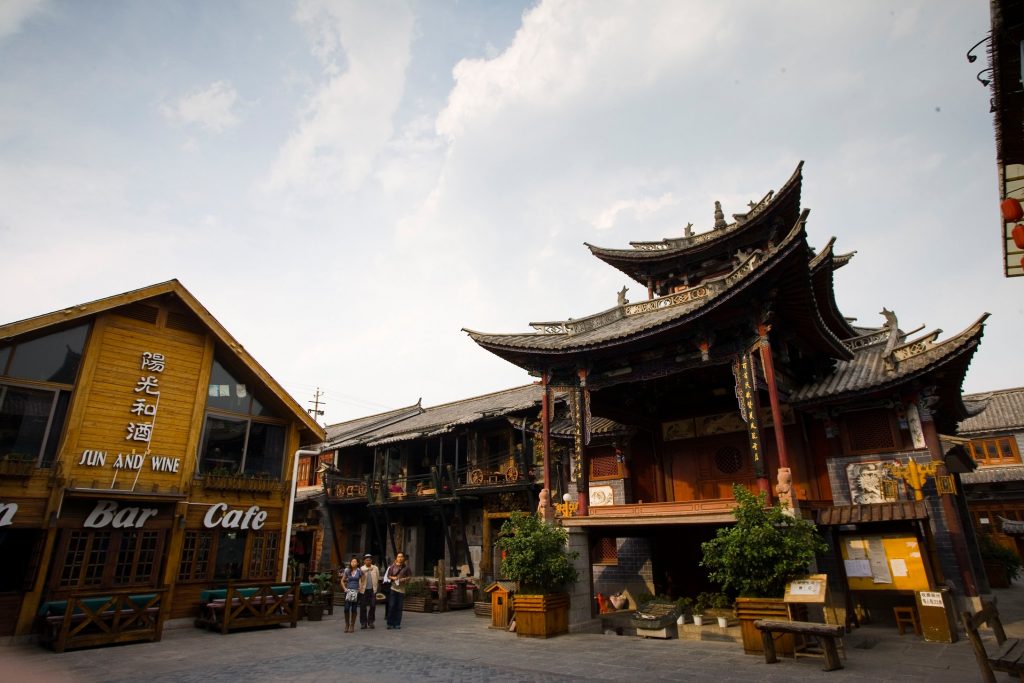 – Shaxi Town (a culturally diverse town to the Bai and Yi minority peoples, once an important branch of the Silk Road and a main trade station on the Tea and Horse Caravan Road, one of the world’s 100 most endangered sites listed by the World Monuments Fund.)
– Xizhou Village 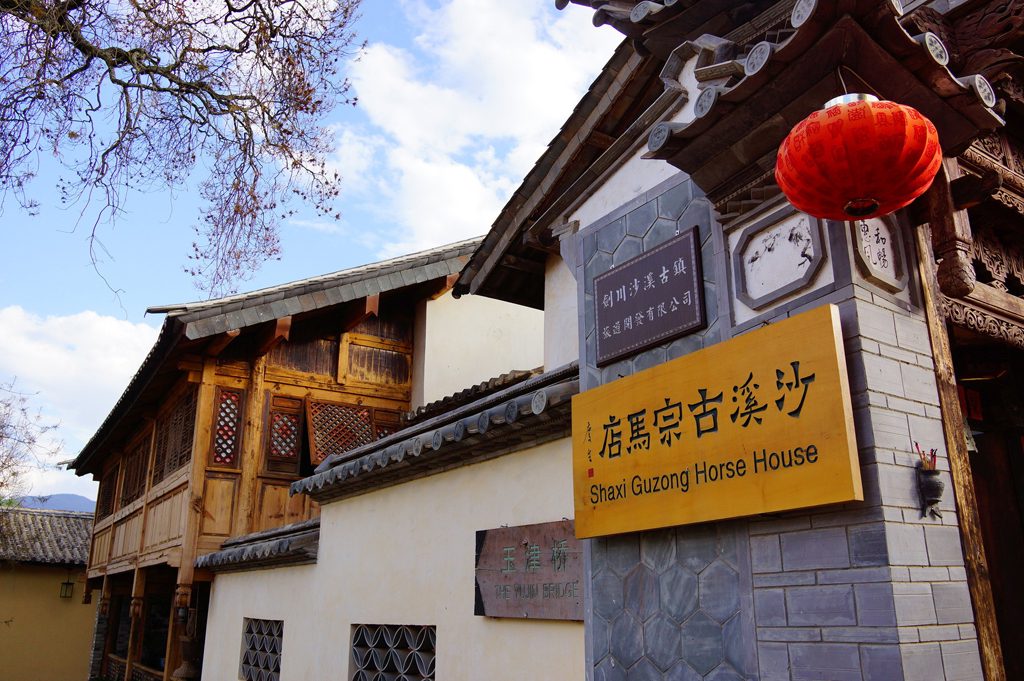 – The Stone Bell Mountain Grottoes (one of the most representative grottoes in south China, also called the Jianchuan Grottoes, are named after a huge, bell-shaped stone at the back of the temple.)
– the Ancient Town of Lijiang (a UNESCO Heritage Site, has a history going back more than 1,000 years and was once a confluence for trade along the “Old Tea Horse Caravan Trail”.)

– Jade Dragon Snow Mountain (“Natural Glacier Museum”, the nearest snow mountain to the equator in the Northern Hemisphere, the highest mountain in Yun Ling Mountain Range of the Heng Duan Mountain System, and its elevation is 5,596 meters, where it is covered by snow all year round. )
– Baisha Village (one of the oldest villages in Lijiang City, not only the cradle-land of the Tusi Dynasty evolved from the Mu Clan, but also the first Naxi minority ancestor settling stronghold.)
– Yufeng Temple (one of the most famous lama temples in Lijiang, is known for “Camellia King” and “Ten Thousand of Camellia Flowers”.)
– Dongba Culture Museum (the home to the “Dongba hieroglyphics” which are the only hieroglyphics in the world that are still used, a museum in Lijiang which deals with the history of the Dongba culture of the Naxi people.)

– the Jinsha River(Gold Sand River) (the upper reaches of the Yangtze River.)
– Tiger Leaping Gorge (the longest, deepest, and narrowest gorge in the world, a scenic canyon on the Jinsha River, a primary tributary of the upper Yangtze River.)
– First Bend of Yangtze River (the spot where the south running river suddenly turns northward due to changes in the shape of the nearby mountain ranges which form a mammoth V shape at this spot.)

– Songzanlin Monastery (the largest Tibetan Buddhist monastery in Yunnan province, often called as the little Potala Palace because of its traditional Tibetan architectural style.)
– Napa Lake (“lake behind the forest”, a state-designated wetlands area, an ideal field for herdsmen and a paradise for many species of birds.)
– Ringha Temple (the ‘Temple of the Five Wisdom Buddha’, still remains the mysterious, it keeps an essential place in the Tibetan community that they consider there as the one of the five most important Tibetan monasteries among Yunnan.) 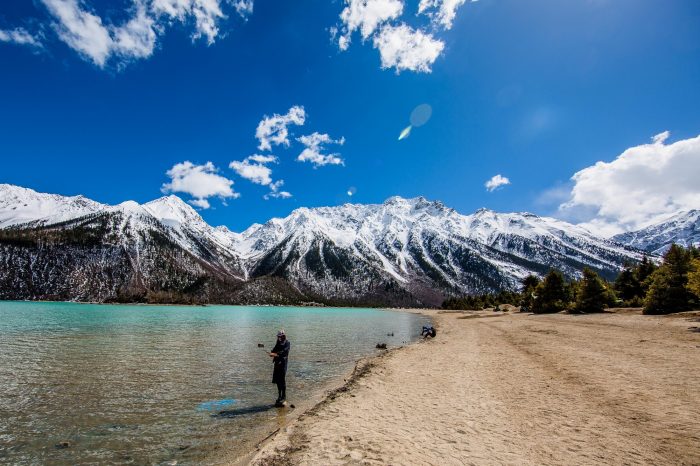 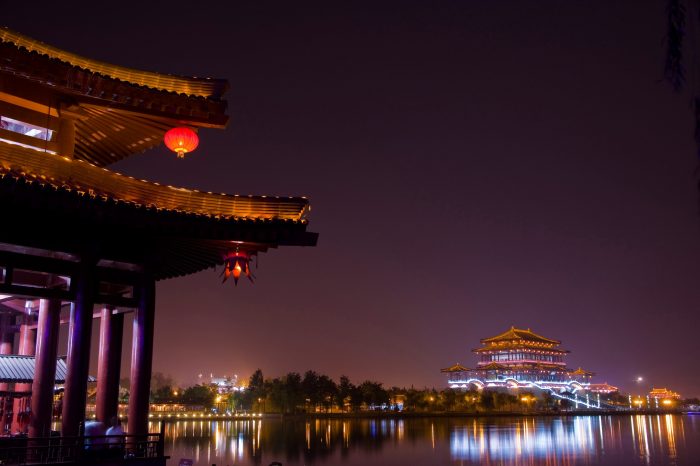 Self-drive overland from Xi’an to Taiyuan with rental car 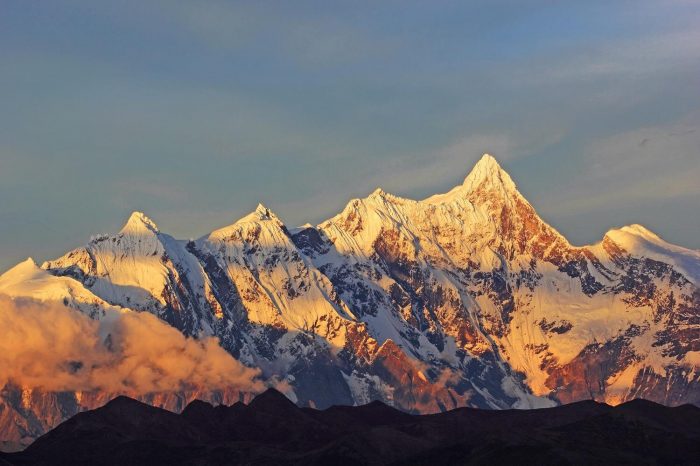 Overland from chengdu to lhasa