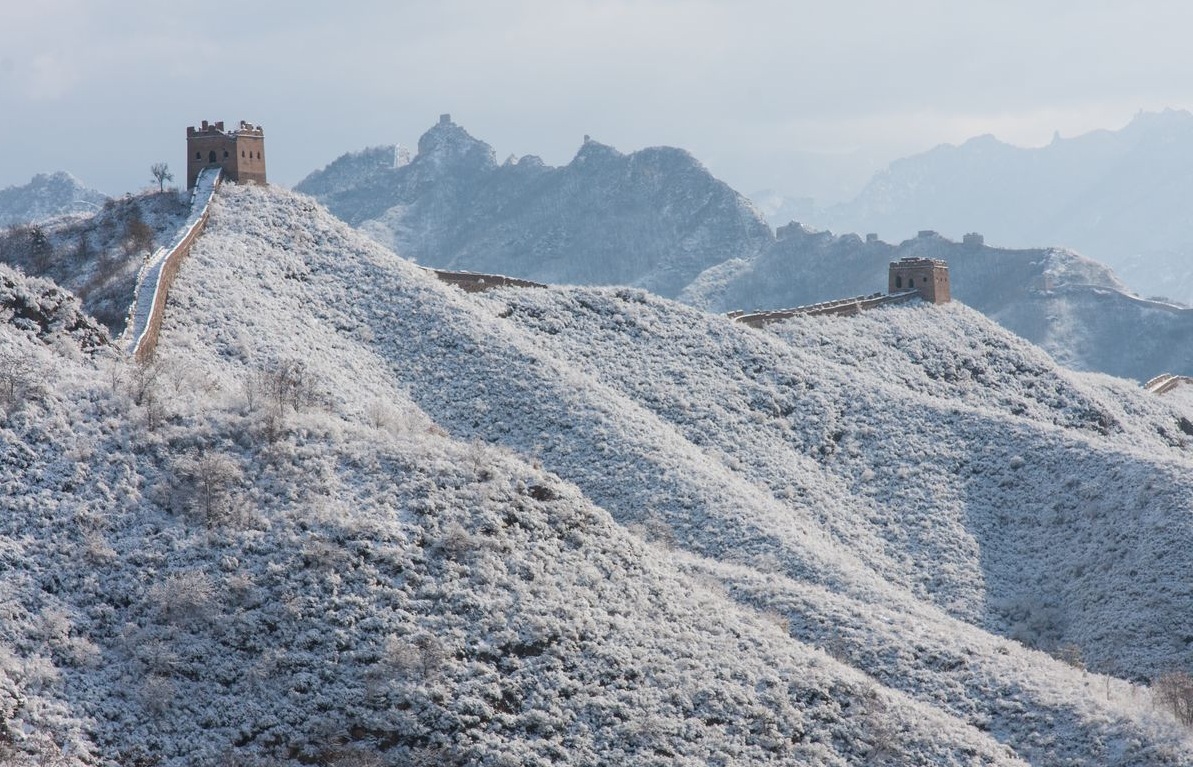 Terracotta Warriors: The largest ancient military museum in China. In 1961, the state council of the People’s Republic of China will be emperor qinshihuang as the national cultural relic protection unit.
Provincial History Museum: one of the first huge state museums with modern facilities in China and one of the largest.
City Wall: It exhibits the “complete features of the rampart architecture of feudal society”. It is situated at the end of the ancient Silk Road. 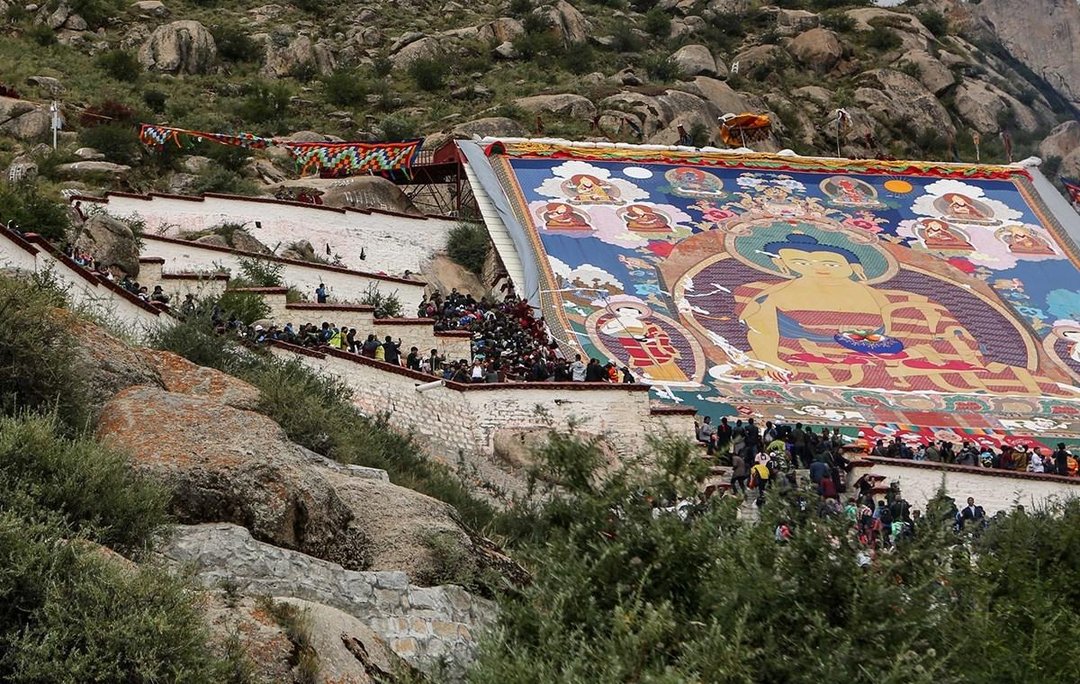 Fly to Lhasa. Airport-hotel transfer.
Drepung Monaster: Seen from afar, its grand, white construction gives the appearance of a heap of rice. As such, it was given the name ‘Drepung‘, which, in the Tibetan language, means ‘Collecting Rice.
Sera Monastery：one of the big monasteries in Lhasa, and is the last Buddhist monastery to be built. There are many Buddha statues and beautiful murals in the halls. Sera Monastery has been listed as one of China’s National Cultural Relicssince 1982.
Norbulingka Park： served as a traditional summer palace and residence starting with the 7th Dalai Lama, and now it is the largest garden in Tibet.

Lhasa-Gyangtse transfer： It was historically considered the third largest and most prominent town in the Tibet region (after Lhasa, and Shigatse), but there are now at least ten larger Tibetan cities.
Yamdrok Yumtso Lake: One of the three largest sacred lakes in Tibet. The lake is surrounded by many snow-capped mountains and is fed by numerous small streams.
Palkhor Monastery： Built in 1427 on a mountain in northeastern Gyangtse County of Shigatse, Palkhor Monastery is a typical Tibetan Buddhist structure with a combination of stupa and temple, regarded as the representative of the monastery style of 13th to 15th Century in Tibet.
Gyangtse Old Street：It’s a good place for one to capture the local life of the residents. The street is long and comfortably wide, and is paved with flagstones and clay. Houses stand on both sides of the street, one and two storey, built in the local architectural style and decorated with snow-white walls and vermeil door and beams. 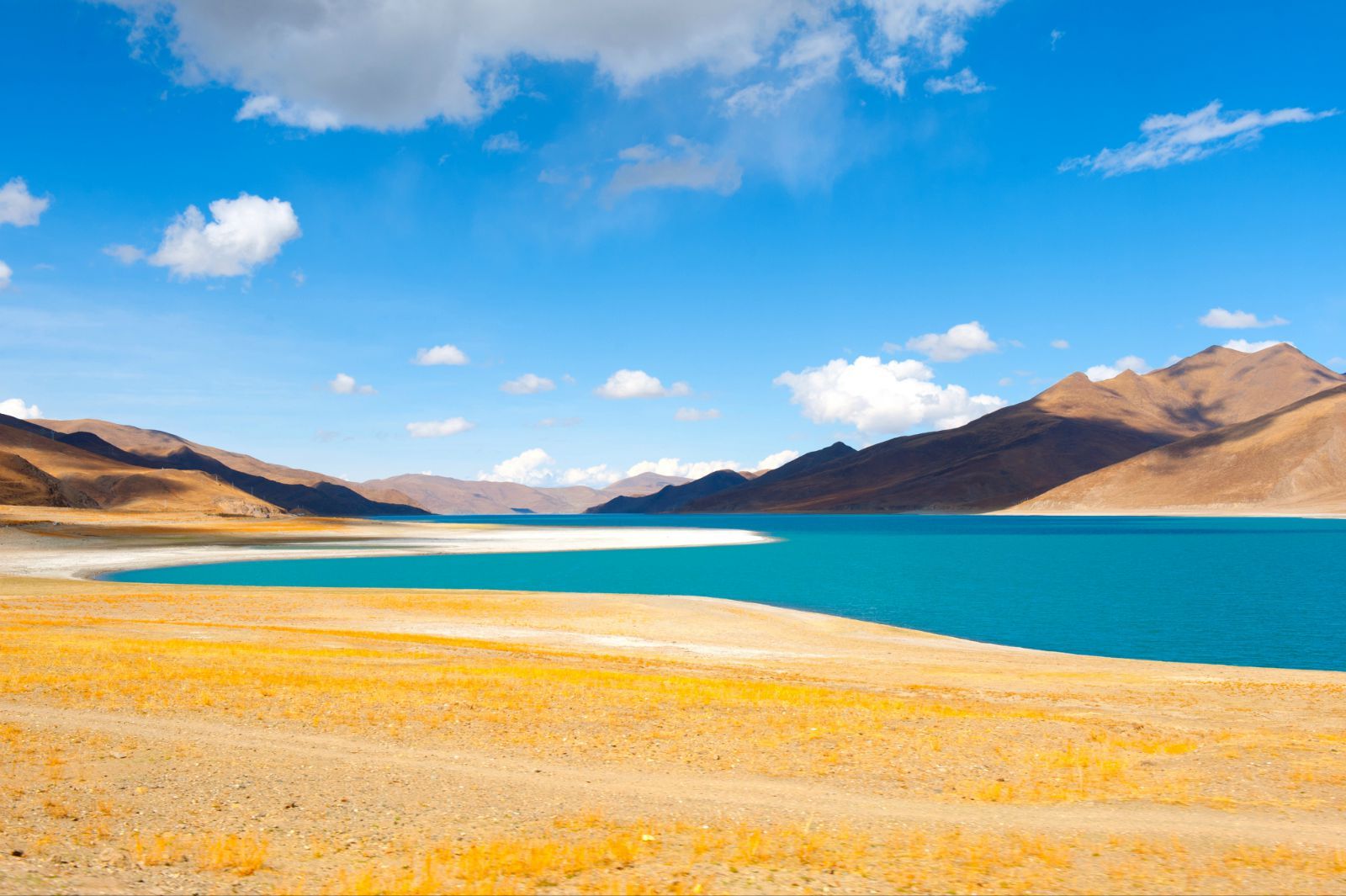 Gyangtse-Shigatse transfer：  A prefecture-level city of the Tibet Autonomous Region of China.
Tashilhunpo Monastery： The monastery is one of the six great Gelugpa institutions. The monastery was founded in 1447 by a the first Dalai Lama. Then the 4th Panchen Lama, Lobsang Choekyi Gyaltsen, launched a massive expansion on the temple. From then on, it gradually became the center for successive Panchen Lamas to hold religious and political activities.
New Palace of Panchen：  This magnificent palace houses many cultural relics and art treasures.

Lijiang-Dali transfer.
Bai Traditional House in Xizhou：One of the 25 or so minority groups in Yunnan province is the Bai people. The history of this small minority is very interesting. The little town of Xizhou (the name means “happy town”) is a now a quiet town with a population of about 32,000 people.
Zhoucheng tie dyeing： Zhoucheng Village near Butterfly Spring in Dali Old City is famous as the ‘Hometown of Bai People’s Tie-dyeing Art’. Tie-dyeing is a technology of printing flower patterns on cloth. 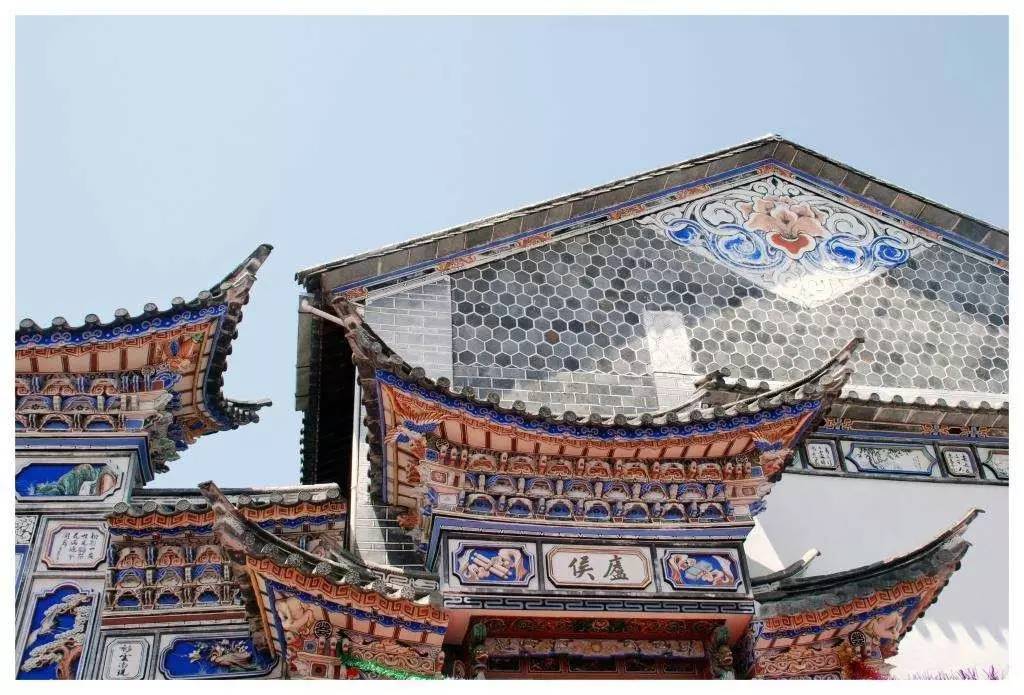 Erhai Lake Park： One of the seven biggest fresh water lakes in China. It means, ‘sea shaped like an ear’, in Chinese. Implying that the lake is ear shaped and as large as a sea, hence it was so named.
Three Pagoda Temple：In the time of Nanzhao and Dali Kingdoms, Chongshengsi was the largest monastery in this area and the Three Pagodas were only a part of it. Now, the monastery has long disappeared and only the Three Pagodas remain.
Dali Old Town：Many international backpackers have regarded it as a Mecca to tune out for a while. Walking in the cobbled streets of Dali, you will get a feel of relaxed atmosphere.
Fly to Kunming. Airport-hotel transfer.

Fly to Chengdu. Airport-hotel transfer. Free time in the afternoon. 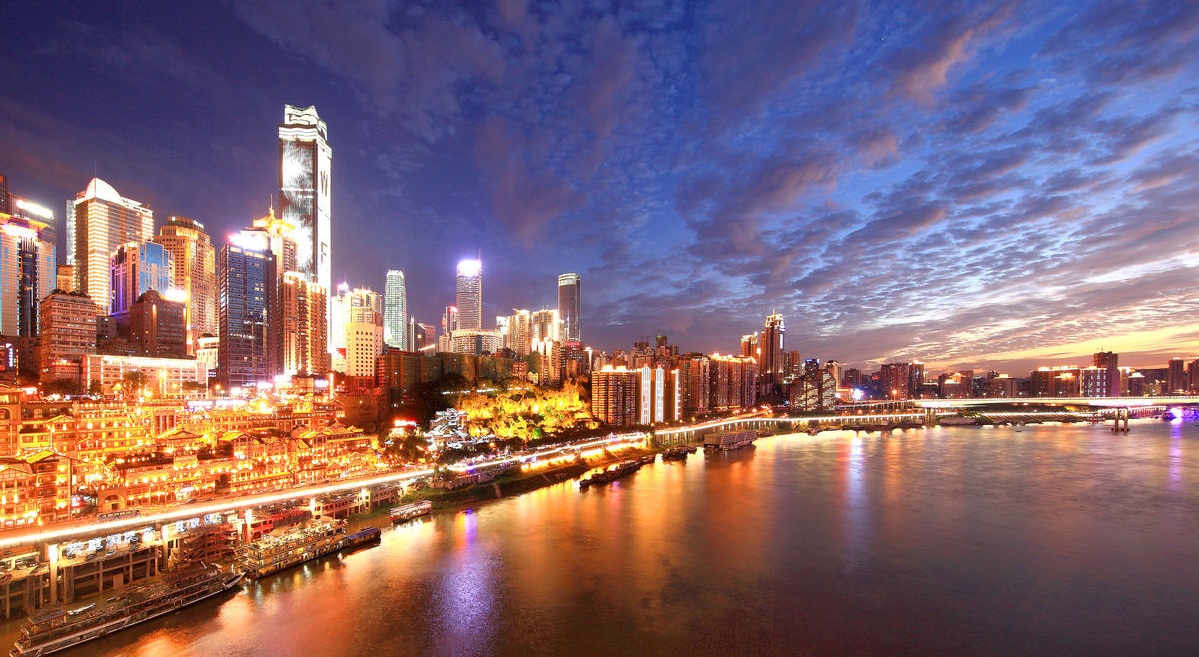 An excursion to Shibaozhai: At the top of Shibaozhai is a three-storied hall dedicated to Manjusri built during the reign of the Xianfeng Emperor (1850–1861), called the Purple Rain Pavilion. 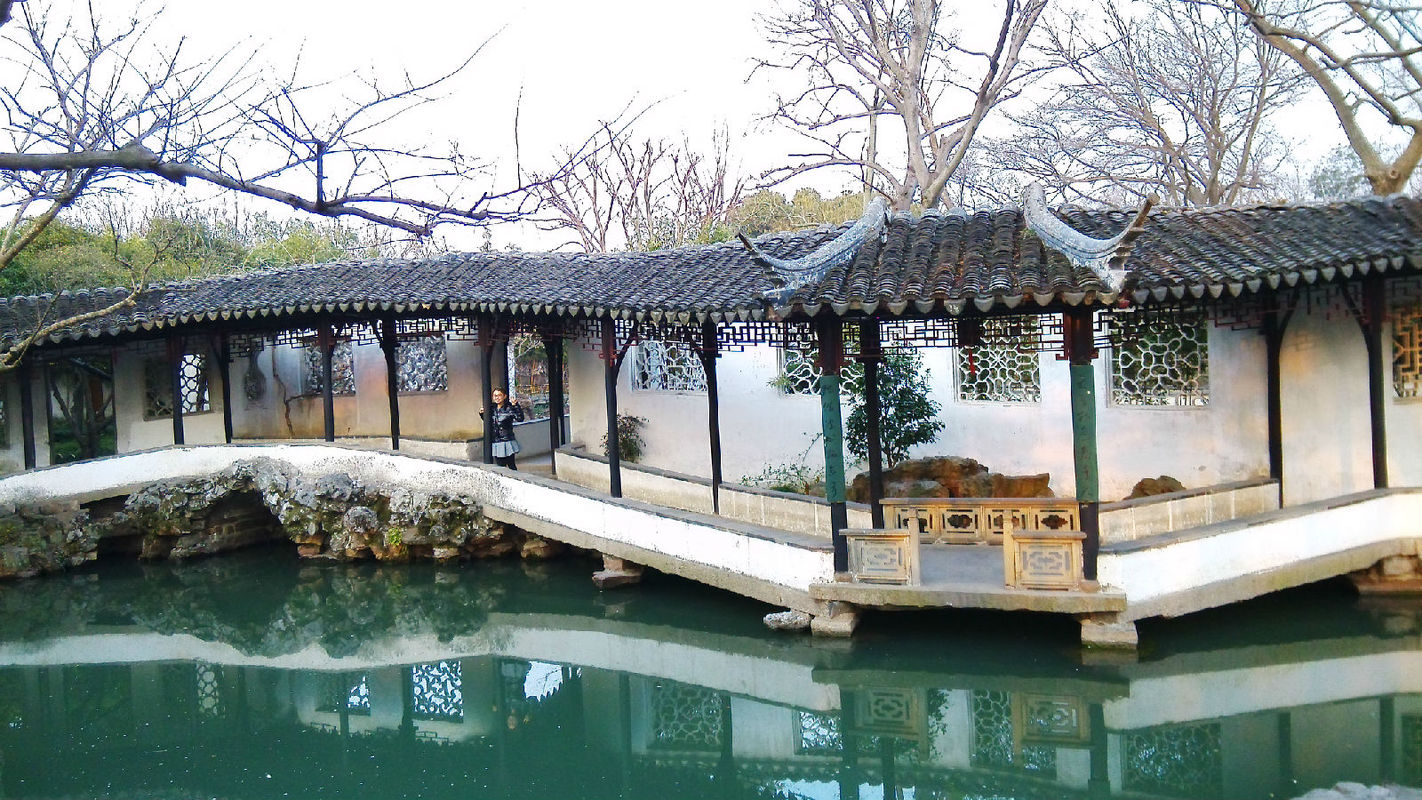 A round-trip high speed train to Suzhou.
Humble Administrator’s Garden: The Humble Administrator’s Garden was originally built in 1509 during the Ming Dynasty (1368-1644). It was initially a private garden of a former government servant named Wang Xianchen. It was said that Wang was frustrated in his official career, so he intended to build a garden after retire and just do some gardening work like planting trees and cultivating vegetables there.
Master of Nets Garden:  It is the smallest of the Suzhou residential gardens, yet it is the most impressive because of its use of space which creates the illusion of an area that is much greater than its actual size. Even more than the architectural achievement is the mood of tranquility and harmony that it embodies.
Pingjiang Road:parallels with Pingjiang River. The typical houses of ancient Suzhou with white walls and black tiles are standing by the street, simple and unsophisticated.
Transport to and from Shanghai railway station is included.

Hotel-airport transfer & see you off in Shanghai. Fly to Hongkong. Airport-hotel transport by yourself. 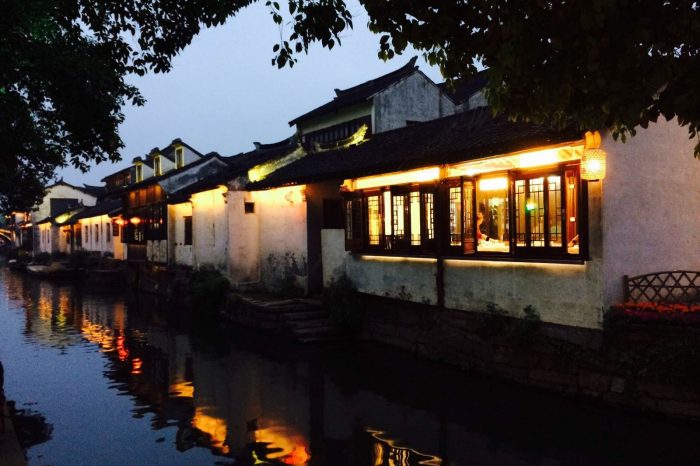