Badaling: a must for a Great Wall tour. Badaling Great Wall in Beijing is the best-preserved and most complete section among the various, hence the most popular, even among world leaders. You should visit it at least once in your life.

Sacred Way: The road leading to heaven. The Emperor, known as the Son of the Heaven, who came from Heaven to his country through the Sacred Way, also deservedly would return to Heaven through this road.
Ming Tombs: The cemeteries of the 13 Ming emperors, 23 empresses, and many imperial concubines, crown princes and princesses after the Ming Dynasty moved its capital city to Beijing. It boasts high historic and cultural values due to its grand architecture, complete system and long history.
Bird’s Nest (drive by): It was designed as the main stadium of 2008 Beijing Olympic Games. The Olympic events of track and field, football, gavelock, weight throw and discus were held there.

Summer Palace: Summer Palace is China existing largest and best preserved imperial garden, also is one of the four famous gardens in China.
Hutong visit: the real culture of Beijing is the culture of the Hutong and Courtyards. The representatives of local culture, thus it is the first choice for people who would like to learn about the local history and culture.
Train to Datong. Railway station-hotel transfer. 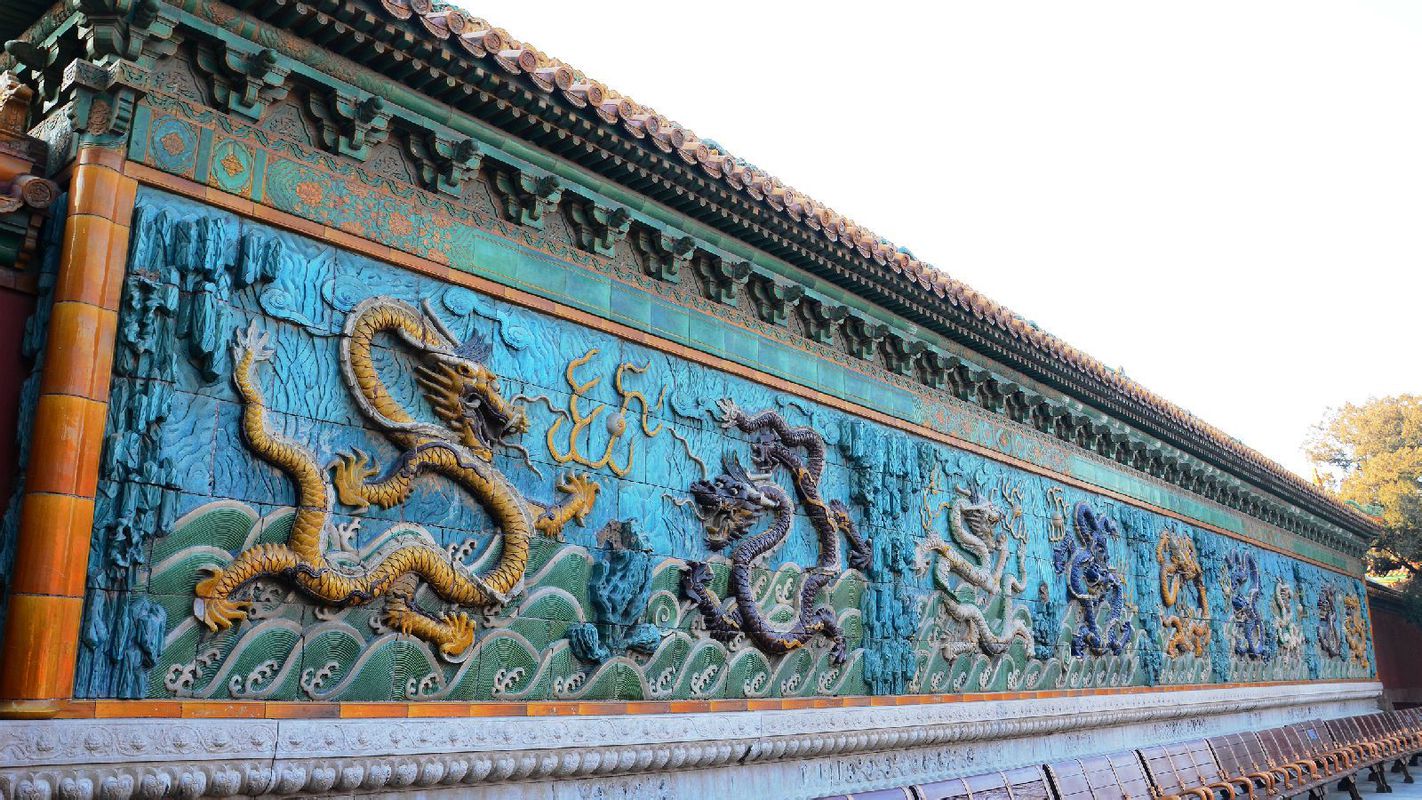 Hanging Monastery: Located in the Hunyuan County of Datong, the Hanging Monastery lies at the foot of Mount Hengshan. It hangs on the west cliff of the Jinxia Gorge which is over 50 meters above the ground, thus it is called so.
Yungang Grottoes: Are ancient Chinese Buddhist temple grottoes. They are excellent examples of rock-cut architecture and one of the three most famous ancient Buddhist sculptural sites of China. The others are Longmen and Mogao.
Nine Dragons Screen:  Built over 600 years ago, is presently the oldest and largest glazed screen in China today. It is three times larger than that in Beihai Park , Beijing City.

Train to Taiyuan and drive to Pingyao.
Qiao Family’s Compound: It is the residential compound of well-known financier Qiao Zhiyong , who was the most famous member of the Qiao family.

City Wall：City Wall of Pingyao in the Ancient City, which is among the “Three Treasures” of the county together with Zhengguo Temple and Shuanglin Temple.
Ming-Qing Street：These shops were all built with bricks and stones completely in the style of Ming and Qing architecture, which are all the prototypes of the aged buildings and quite different from the imitation works now.
Ri Sheng Chang Financial House：considered the first draft bank in China’s history. It was founded during the Qing Dynasty (1823).
Tongxinggong ancient bank.
A bullet train to Xian. Railway station-hotel transfer. 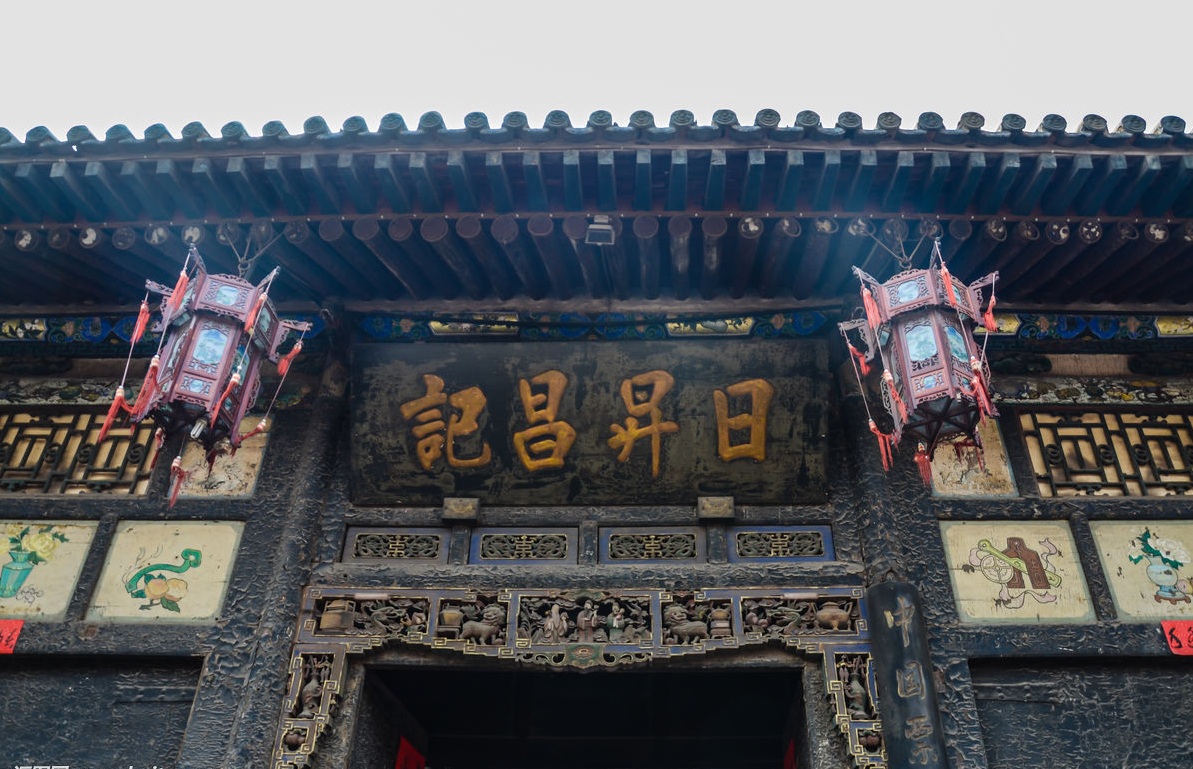 Terracotta Warriors: constructed to accompany the tomb of China’s First Emperor as an afterlife guard. It is considered one of the greatest archaeological sites in the world, and one of the greatest discoveries of the 20th century.
Big Wild Goose Pagoda: A well-preserved holy place for Buddhist with a history of over 1300 years. It is the landmark building of Xian, the key national cultural relics and AAAA attraction.
Shanxi History Museum: Shaanxi History Museum is located in the northwest of the Xi’an Wild Goose Pagoda. It was built in 1983 and was open on June 20, 1991. Shaanxi History Museum is China’s first large-scale modern.

City Wall: The most complete city wall that has survived in China, as well being one of the largest ancient military defensive systems in the world.
A local family visit with lunch.
Great Mosque：located near the Drum Tower, is one of the oldest and most renowned mosques in the country. Built in the Tang Dynasty (reign of Emperor Xuan Zong, 685-762), it still used by Chinese Muslims today as a place of worship.
A high-speed train to Chengdu. Train station to hotel transfer. 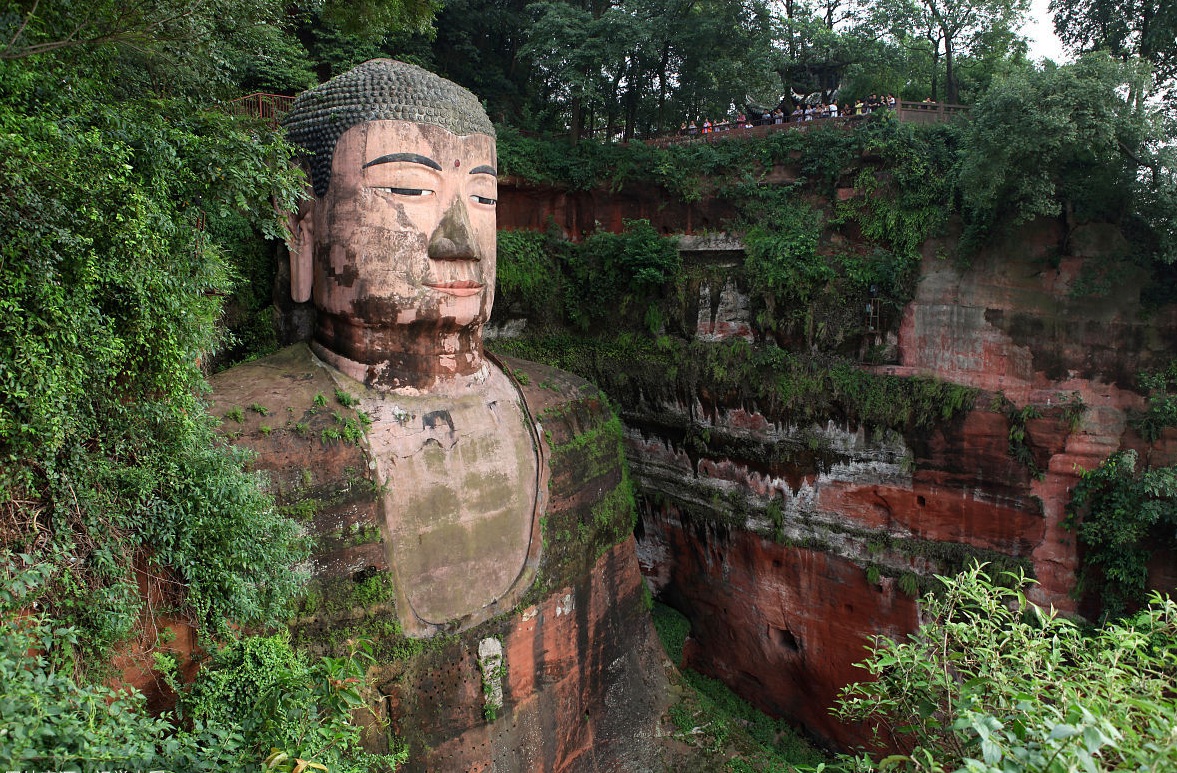 Baoguo Temple: ls also known as Declare Nation Temple is situated at the foot of Mount Emei which is one of China’s four sacred Buddhist Mountains serving as a popular place of pilgrimage for over 1800 years.
Wannian Temple: The Wannian Temple is one of main eight temples at Emei Mountain. Sitting 1020 meters above sea-level, this temple is so famous and nationally renowned because of the amazing statue of Buddha Samantabhadra and precious artifacts that are kept there.
Mt. Emei-Chengdu transfer.

Fly to Lijiang.
Lijiang Old Town:  A well-preserved old city of ethnic minorities with brilliant culture, is a central town of the Lijiang Autonomous County of the Naxi Ethnic Minority in Yunnan Province. 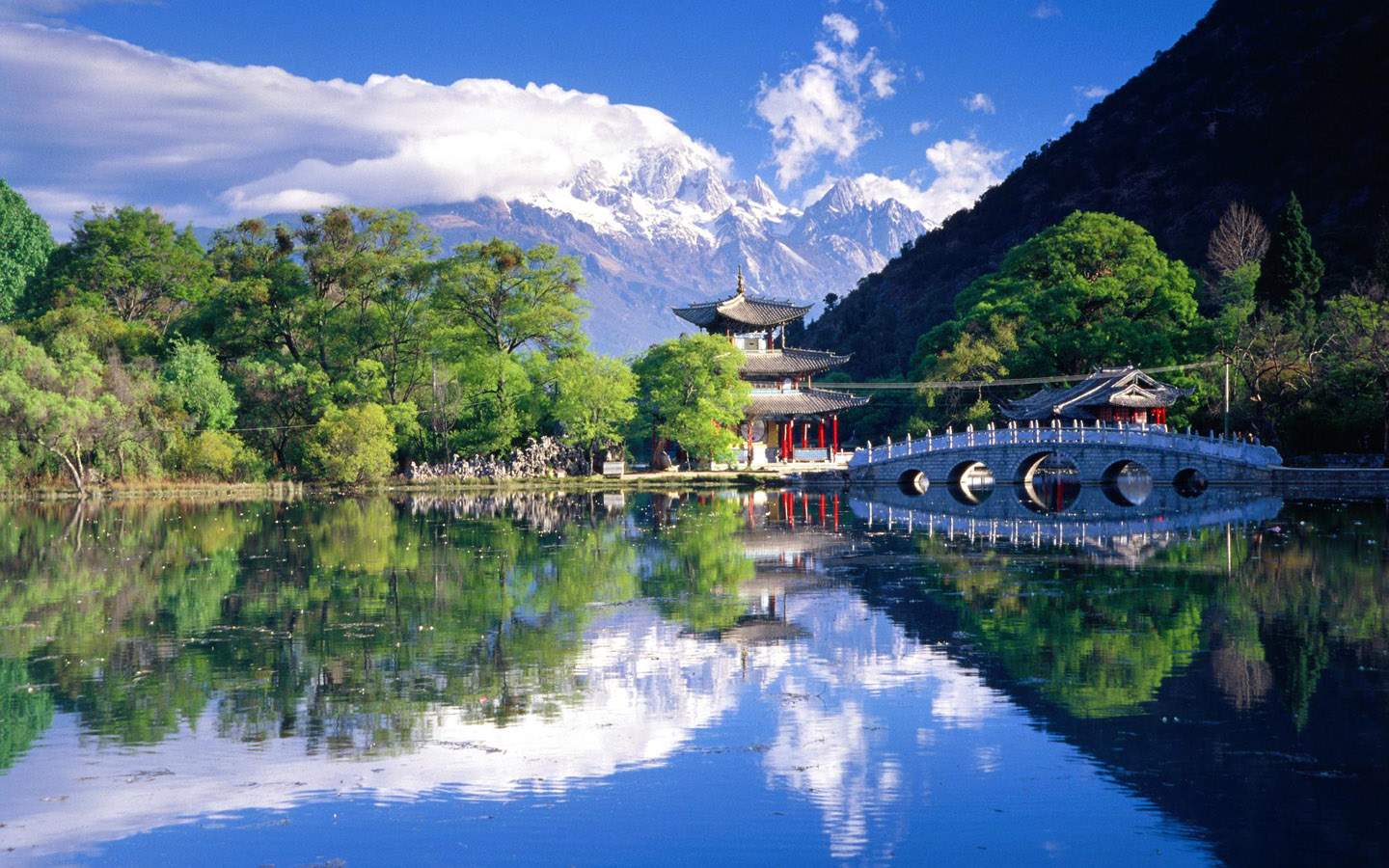 Lijiang-Dali transfer.
Bai Traditional House in Xizhou：One of the 25 or so minority groups in Yunnan province is the Bai people. The history of this small minority is very interesting. The little town of Xizhou (the name means “happy town”) is a now a quiet town with a population of about 32,000 people.
Zhoucheng tie dyeing： Zhoucheng Village near Butterfly Spring in Dali Old City is famous as the ‘Hometown of Bai People’s Tie-dyeing Art’. Tie-dyeing is a technology of printing flower patterns on cloth.

Erhai Lake Park： One of the seven biggest fresh water lakes in China. It means, ‘sea shaped like an ear’, in Chinese. Implying that the lake is ear shaped and as large as a sea, hence it was so named.
Three Pagoda Temple：In the time of Nanzhao and Dali Kingdoms, Chongshengsi was the largest monastery in this area and the Three Pagodas were only a part of it. Now, the monastery has long disappeared and only the Three Pagodas remain.
Dali Old Town：Many international backpackers have regarded it as a Mecca to tune out for a while. Walking in the cobbled streets of Dali, you will get a feel of relaxed atmosphere.
Fly to Kunming. Airport-hotel transfer. 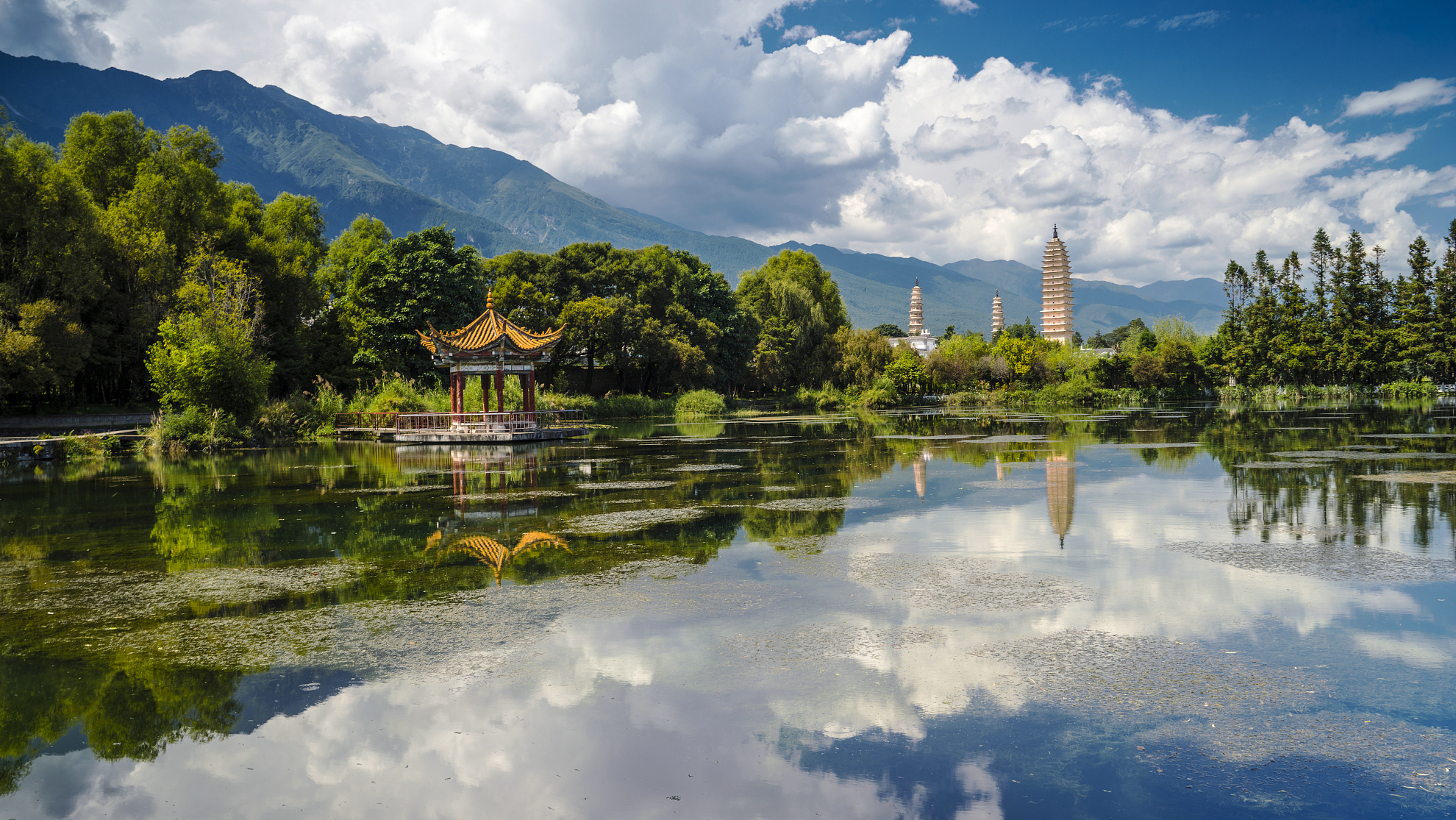 Stone Forest： The Stone Forest Scenic Region boasts numerous scenic areas and spots, such as the Greater and Lesser Stone Forests (also known as the Lizijing Stone Forest), Naigu Stone Forest, Zhiyun Cave, Long Lake, Moon Lake, Qifeng Cave, and the Dadie Waterfalls.
Erhai Lake Park： One of the seven biggest fresh water lakes in China. It means, ‘sea shaped like an ear’, in Chinese. Implying that the lake is ear shaped and as large as a sea, hence it was so named.
Three Pagoda Temple：In the time of Nanzhao and Dali Kingdoms, Chongshengsi was the largest monastery in this area and the Three Pagodas were only a part of it. Now, the monastery has long disappeared and only the Three Pagodas remain.
Dali Old Town：Many international backpackers have regarded it as a Mecca to tune out for a while. Walking in the cobbled streets of Dali, you will get a feel of relaxed atmosphere.
Fly to Guilin. Airport-hotel transfer.

Lingyin Temple: One of the ten most famous Buddhist temples of China.
West Lake: ‘Sunny water waves its glow,
Misty rain tricks the hill.
Plainly or gaily decked out like Xi Zi,
West Lake is always alluring.’
These are the words composed by the famous Song Dynasty poet Su Dongpo (960-1127). In this poem, he compared the West Lake to Xi Zi, one of the four beauties in ancient China.
Red Carp Pond: The history of Viewing Fish at Flower Harbor can be dated to the Southern Song Dynasty (1127-1279). Back then, the government official Lu Yunsheng built a private garden at the foot of Flower Hill (Huajia Hill).
Traditional Chinese Medicine Museum： The only state-level professional Chinese medicine museum in the country. It is seated at the foot of Wu Hill in Hangzhou, Zhejiang Province. The museum is housed in the restored ancient structure-Hu Qing Yu Tang, meaning that it is also known as Hu Qing Yu Tang Museum of Traditional Chinese Medicine. 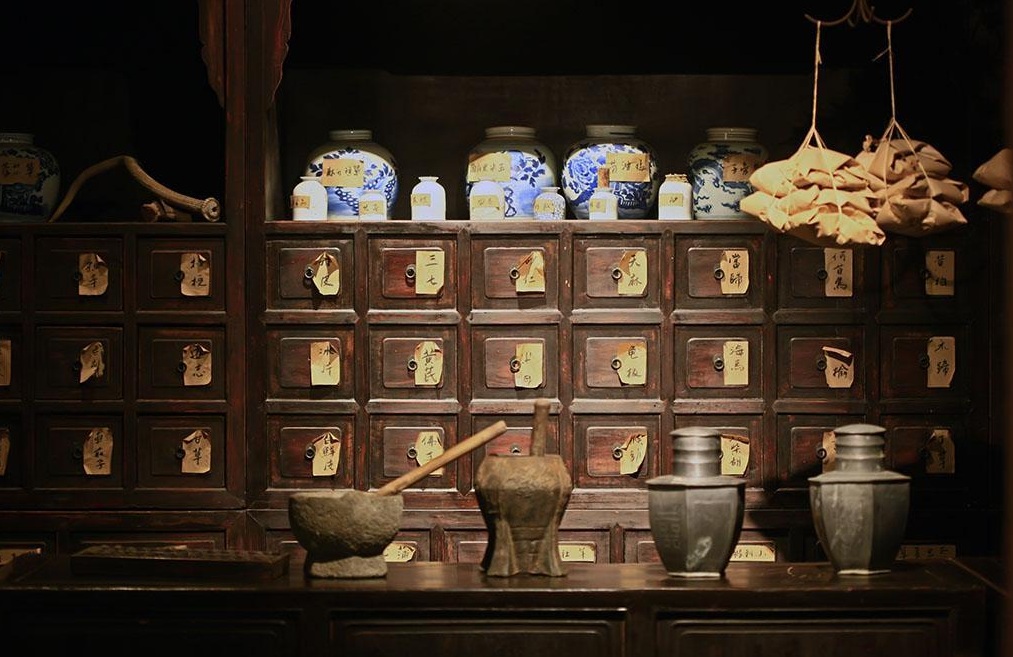 A high-speed train to Suzhou.
Tiger Hill：Known for its natural environment and historic sites. The hill is so named because it is said to look like a crouching tiger.
Master of Nets Garden:  It is the smallest of the Suzhou residential gardens, yet it is the most impressive because of its use of space which creates the illusion of an area that is much greater than its actual size. Even more than the architectural achievement is the mood of tranquility and harmony that it embodies.
Humble Administrator’s Garden: The Humble Administrator’s Garden was originally built in 1509 during the Ming Dynasty (1368-1644). It was initially a private garden of a former government servant named Wang Xianchen. It was said that Wang was frustrated in his official career, so he intended to build a garden after retire and just do some gardening work like planting trees and cultivating vegetables there.

Zhouzhuang Water Town： Enjoys its good reputation as “the first water town in China”. To some extent, it is on par with Venice in Italy, recounting its thousand-year history, displaying its gentle spirits, unique human landscapes and unsophisticated folk customs.
Drive to Shanghai.

enjoys its good reputation as “the first water town in China”. To some extent, it is on par with Venice in Italy, recounting its thousand-year history, displaying its gentle spirits, unique human landscapes and unsophisticated folk customs 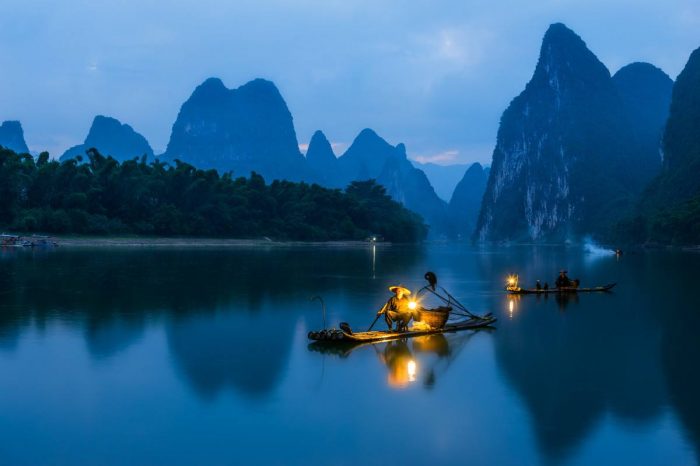