Yunnan explorer from Kunming to Shangri-La

Qiongzhu Temple： The name of the temple (Qiongzhu) refers to a type of bamboo (genus Qiongzhuea). The Bamboo Temple was established during the Yuan dynasty as the first temple dedicated to Zen Buddhism in Yunnan. It has since been burned down and reconstructed several times. The present structure mostly dates from the late Qing dynasty.
Stone Forest： The Stone Forest Scenic Region boasts numerous scenic areas and spots, such as the Greater and Lesser Stone Forests (also known as the Lizijing Stone Forest), Naigu Stone Forest, Zhiyun Cave, Long Lake, Moon Lake, Qifeng Cave, and the Dadie Waterfalls. 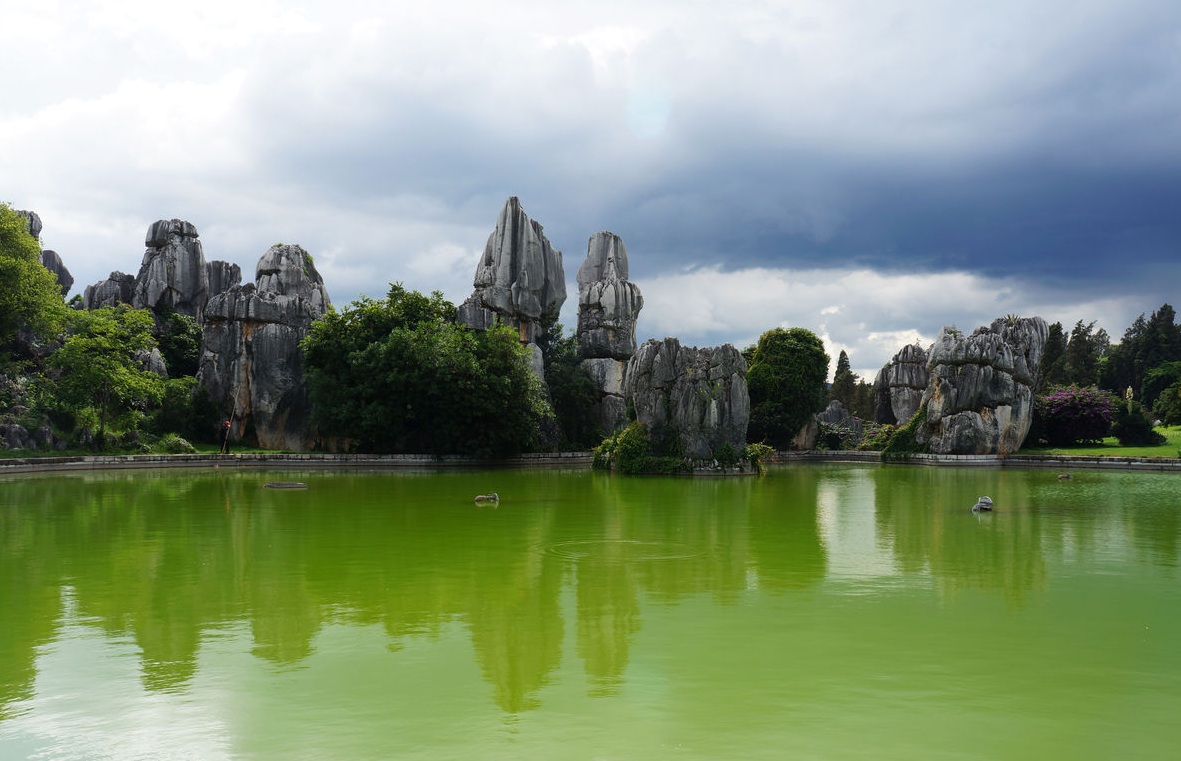 Fly to Dali and airport-hotel transfer.
Erhai Lake Park： One of the seven biggest fresh water lakes in China. It means, ‘sea shaped like an ear’, in Chinese. Implying that the lake is ear shaped and as large as a sea, hence it was so named.
Three Pagoda Temple：In the time of Nanzhao and Dali Kingdoms, Chongshengsi was the largest monastery in this area and the Three Pagodas were only a part of it. Now, the monastery has long disappeared and only the Three Pagodas remain.
Dali Old Town：Many international backpackers have regarded it as a Mecca to tune out for a while. Walking in the cobbled streets of Dali, you will get a feel of relaxed atmosphere.

Bai Traditional House in Xizhou：One of the 25 or so minority groups in Yunnan province is the Bai people. The history of this small minority is very interesting. The little town of Xizhou (the name means “happy town”) is a now a quiet town with a population of about 32,000 people.
Zhoucheng tie dyeing： Zhoucheng Village near Butterfly Spring in Dali Old City is famous as the ‘Hometown of Bai People’s Tie-dyeing Art’. Tie-dyeing is a technology of printing flower patterns on cloth.

Lijiang Old Town:  A well-preserved old city of ethnic minorities with brilliant culture, is a central town of the Lijiang Autonomous County of the Naxi Ethnic Minority in Yunnan Province. 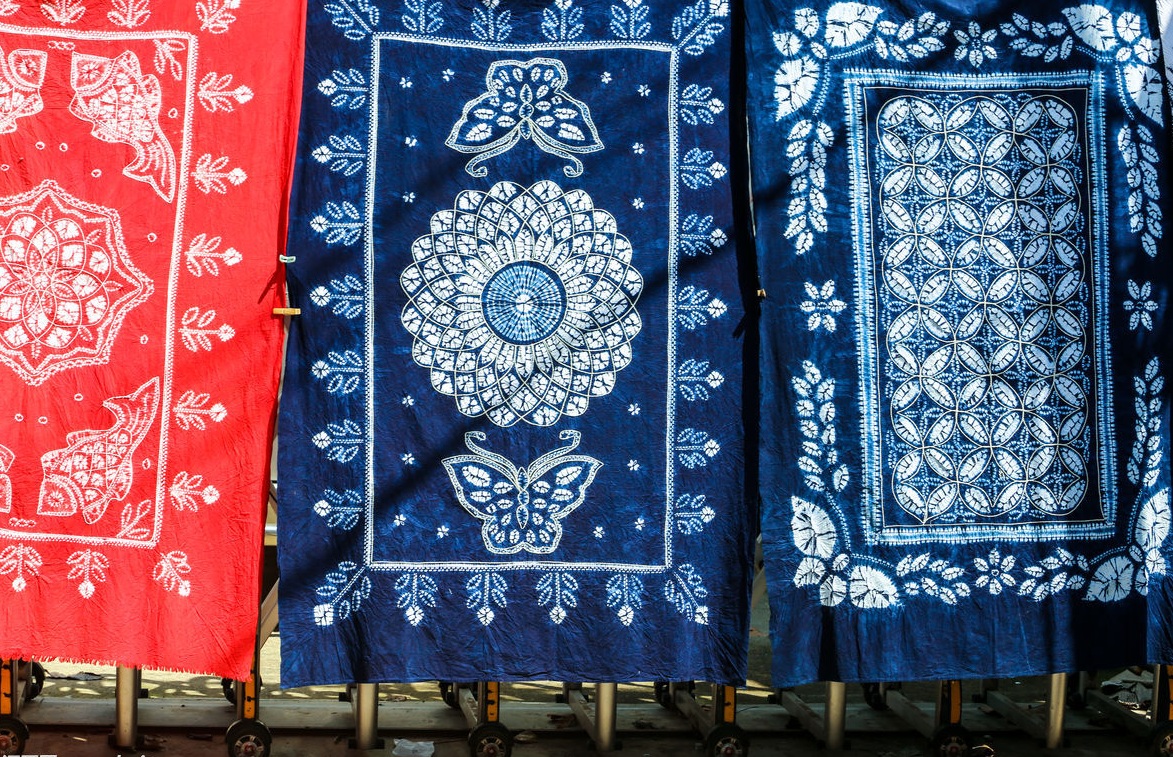 Baisha Village:  The village, at the foot of the Jade Dragon Snow Mountain. It is much quieter because it is not commercialized. Here, you can experience the Naxi people’s peaceful daily life.
local Naxi family visit
Baisha Murals: Art heritage of minority ethnic groups living in Northwest Yunnan. It shows religionary topics such as Mahayana, Tibetan Buddhism and Taoism.
Shuhe Old Town: UNESCO (United Nations Educational, Scientific and Cultural Organization) has listed it as an important component of Lijiang as it is a well-preserved example of a town along the ancient tea route and one of the earliest settlements of the ancestors of Naxi people. It is called ‘the hometown of springs’.
Former Residence of Dr. Joseph Rock：Joseph Rock’s former residence is a two-story wooden house where Rock lived with his Naxi assistant Li Siyu. Rock’s quarters on the second floor contain his original twin bed, his suitcase, a folding table, two chairs, and kerosene lamps.
Black Dragon Pool Park：A lake famous for its clear water, thousand-year-old trees, and picturesque lanscape.
Dongba Cultural Museum.

Lijiang to Shangri-La transfer.
Tiger Leaping Gorge：Tiger Leaping Gorge is no doubt an independent hiker’s first choice in China. This magnificent gorge holds several peaks at both sides up to 6000 meters. 4000 meters vertically down from the summits flows the roaring Yangzi River (the longest river in China).
First Bend of the Yangtze Rive: A world-famous geological phenomenon and an extraordinary panoramic scene whose vistas you will long remember with great pleasure.
Stone Drum Town:  Named after a drum-shaped marble plaque. Built during the Jiaqing era (1548-1561) of the Ming Dynasty, the stone drum is a monument commemorating the victory of Lijiang’s Naxi ruler over an invading Tibetan army. 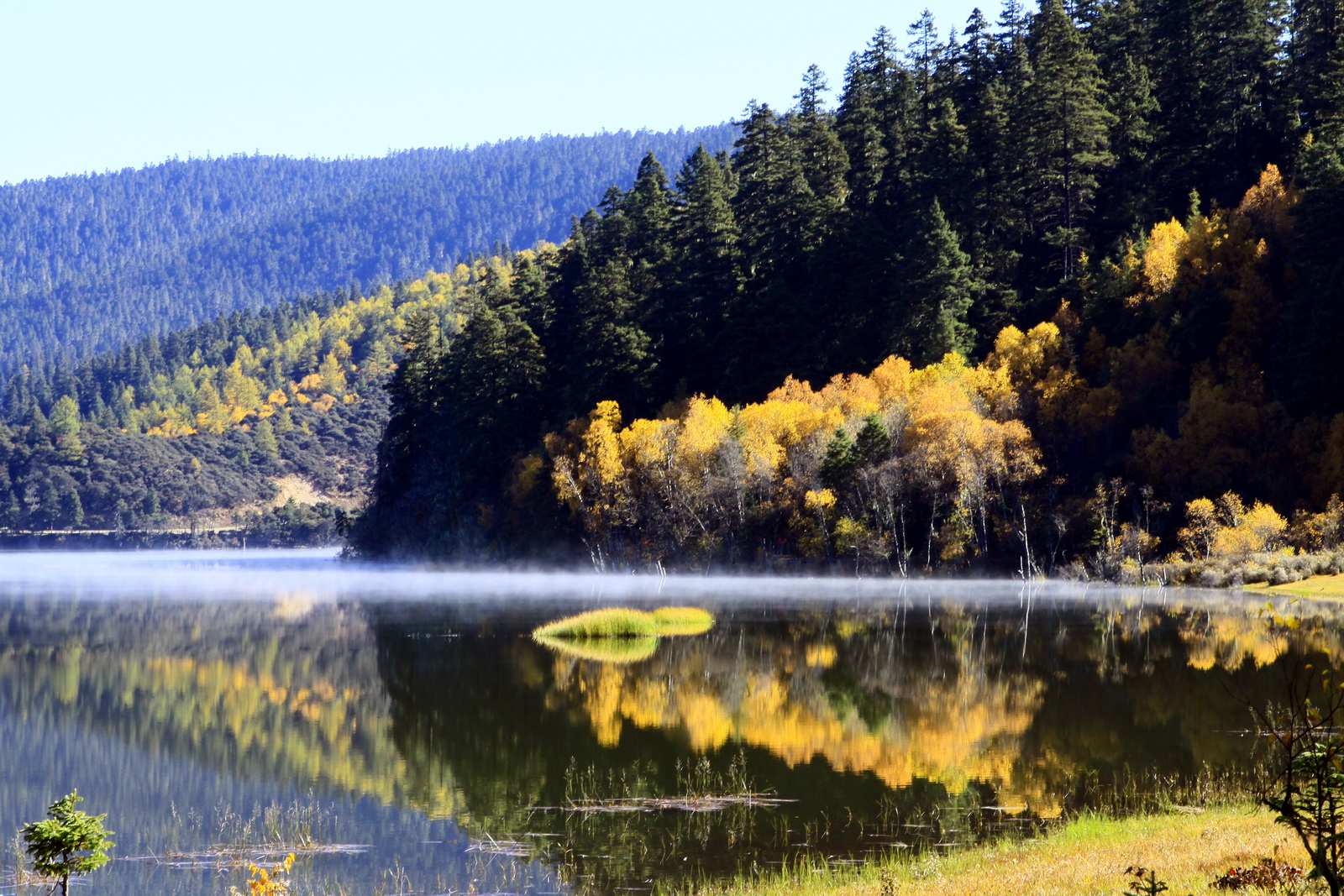 Songzanlin Temple: A monastery of Tibetan Buddhism started to be constructed in 1679 and completed two years later. The site selection of the monastery is said to be decided by a divination and it was intitled “Ganden Sumtseling” by the fifth Dalai Lama.
Bitahai Lake: Is known as holy lake. Bitahai is surrounded by spruce covered mountains and azalea fields. In Tibetan, “bita” means “piece of land as soft as cattle hair” and the locals often call the lake, “hai” or “sea” in Chinese.
Shudu Lake: As one of the largest lakes within Shangri-la, Shudu Lake is renowned for its limpid water and its unique fish, which has streaks on its abdomen and tastes fresh and delicate.
A Tibetan family visit:  Experience the real Tibetan culture, explore the Tibet civilization.

Fly to Kunming and airport-hotel transfer.
Golden Temple: Which is the largest copper temple in China. It is also known as the Tongwa Temple (Bronze Tile Temple) and by its popular name, the Golden Temple.
Daguan Park: The park is known for the grand Daguan Pavilion and the long couplet inside, facing West Hill Park on the other side. Gaguan Park is just a breathtaking unfolded scroll where trees, flowers, pavilions, bridges and waters blend to each other harmoniously.
Flowers and Birds Market: In Kunming, which is hailed as Spring City for its nice weather like in spring all year round, visitors can enjoy favorable weather and seeing beautiful flowers no matter what seasons it is, thus, flowers and birds markets here are bigger and more activated than that in other cities.

Hotel-airport transfer & see you off. Wish you a pleasant trip! 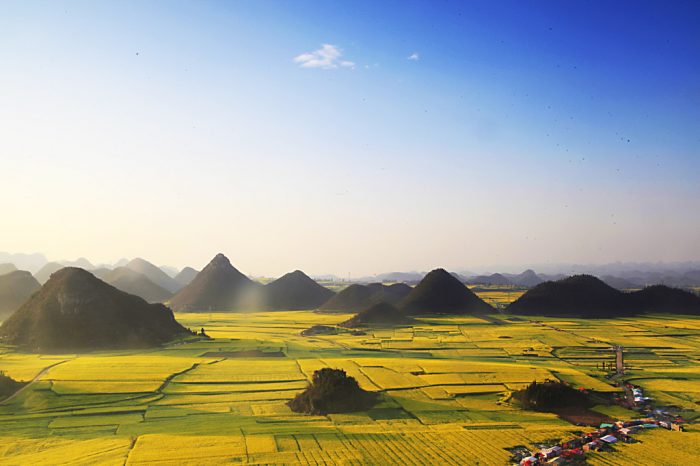 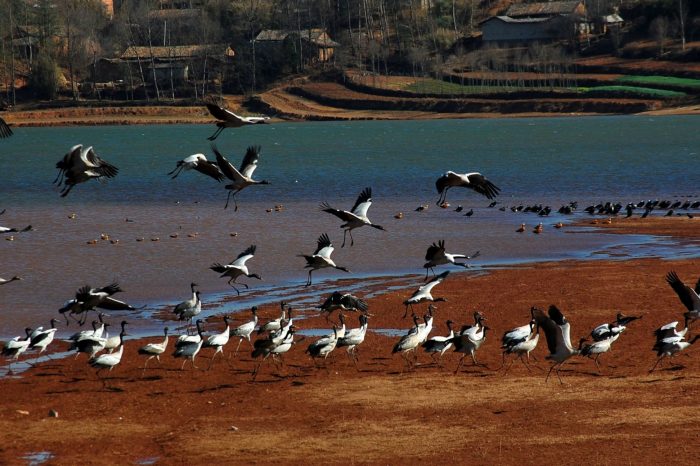 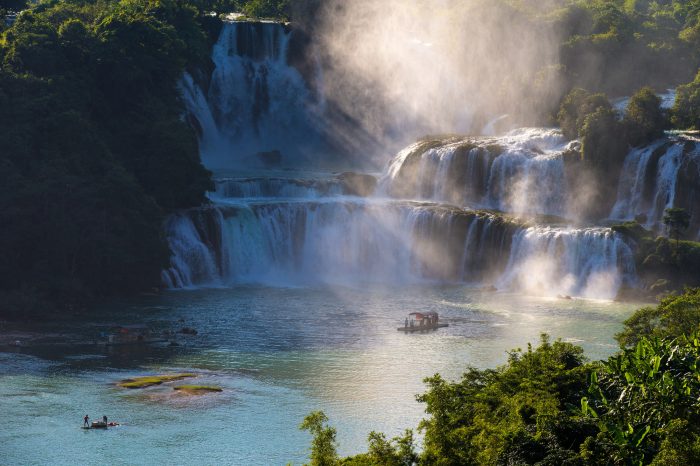 From Yunnan to Guangxi

Yunnan explorer from Kunming to Shangri-La