Trekking and Camping in Taklamakan on Silk Road

Arrive in Beijing, pick up by tour guide at airport and transfer to the hotel.

Sightseeing in Beijing: The Forbidden City, Temple of Heaven, Tiananmen Square
The Forbidden City: So called because it was off limits for 500 years, the Forbidden City is the largest and best-preserved cluster of ancient buildings in China. It was home to two dynasties of emperors, the Ming and the Qing, in total 24 Chinese emperors.
The Temple of Heaven (Tian Tan): A paragon of Ming design, the Chinese name actually means “Altar of Heaven”, originally served as a vast stage for solemn rites performed by the Son of Heaven, who prayed here for good harvest, and sought divine clearance and atonement.
The Tiananmen Square: The world’s largest public square.

In the Morning take a Hutong tour by rickshaw. Then by the overnight train to Xian, an overwhelming town with a very long history – it is also known as the imperial capital for many dynasties.

Sightseeing: Terracotta Warriors, the Great Mosque, Big Goose Pagoda
Terracotta Warriors：one of the famous archaeological finds in the world. This subterranean life-size army of thousands has silently stood guard over the soul of China’s first unifier for over two millennia. Drive about 1.5 hours of 70km from Xi’an city of single way.
Great Mosque: one of the oldest and most famous mosques in China;
Big Goose Pagoda: as Xi’an’s most famous landmark, it’s dominates the surrounding modern buildings. It was completed in AD652 to house the Buddhist sutras brought back from India by the famous Tang dynasty monk Xuan Zang. Xuan spent the last 19 years with team translating scriptures; many of these translations are still used today. 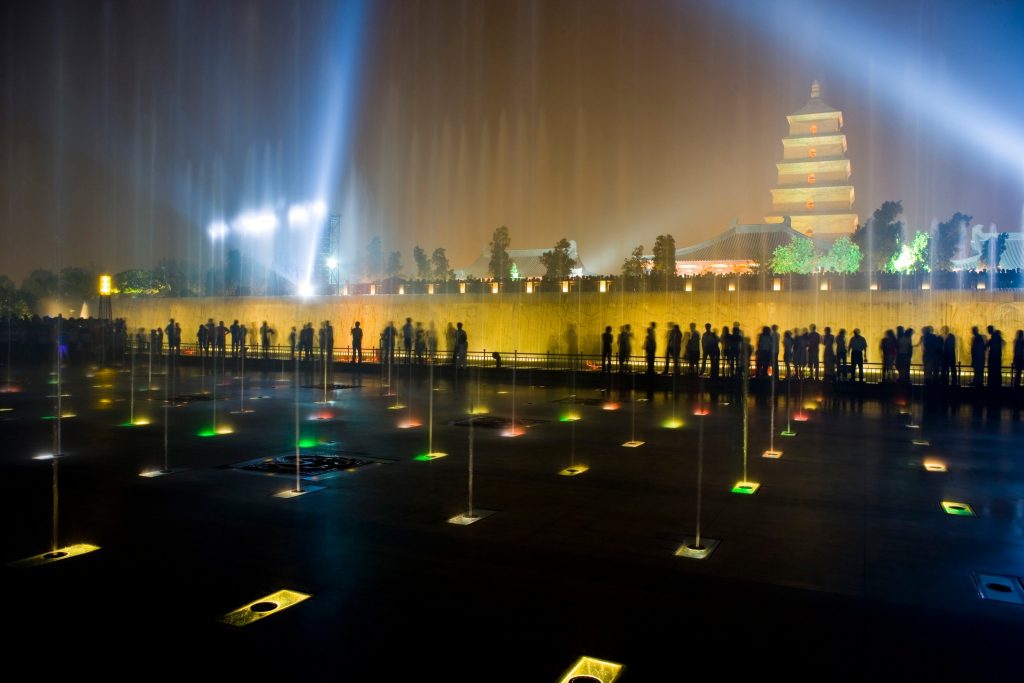 Sightseeing: City Wall of Xi’an
City Wall: Built in 1370 during the Ming dynasty, the 12m-high walls are surrounded by a dry moat and from a rectangle with a perimeter of 14km. Xi’an is one of the few cities in China where the old city walls are still standing.
Then fly to Jiayuguan

Sightseeing: Dunhuang Museum, local market
Get to the ancient oasis town of Dunhuang, where you will visit the city museum. At the local market, the legendary Silk Road will alive again. Here is fruit from Central Asia as well as the medicinal herbs, clothing, or trinkets from southern China offered for sale.

Sightseeing: Flaming Mountains, Bezeklik Thousand Buddha Caves, Gaochang Ruins, Tuyoq valley
Bezeklik Caves: is famous for having many of its distinctive murals cut out of the rock face by German archaeologists in 1905.
Gaochang (Khocho) Ruins: The name of the Gaocheng means “the imperial city”. This city originally settled in the 1st century BC.
Tuyoq (Tuyugou valley): Tuyoq is a quiet village stays in a green valley fringed by the Flaming Mt. You can explore traditional Uighur life and architecture.

Sightseeing: Jiaohe Ruins, Karez Well, Grape Valley, Night Train to Kucha
Karez: It is the traditional water system under the ground in the arid region. It is one of the three greatest ancient projects in China.
Grape Valley: About 8 kilometers long extended trench, on the slopes and ground grow mainly countless vines. The moat is crossed by a small stream. From time to time maybe seen between the dense green even the spring water. The thick roof of vine leaves provide protection from the hot sun.

Sightseeing: Subashi Ancient city Ruins, Kizil Thousand Buddha Caves
The most famous Subashi ancient city ruins, even jsut a few crumbling walls, it still mention you that before here is the splendid kindom Qiuchi.
And the Kizil Thousand Buddha Caves, is an important site in Central Asian sutdies, with a wondrous mix of art and religion dated as early as the 3rd century.

Sightseeing: Experience hiking and stay overnight in the desert.

Sightseeing: Karakul Lake, driving on the Karakoram Highway
Karakoram and Pamir mountains, a picnic beside the lake
Drive to Karakul Lake with the Pamir Mountains roads, after the interesting driving we get to the Kyrgyz village at 3600 m, we have chance to stay overnight at Kyrgyz family.

Sightseeing: Kashgar Ancient Town, Id Kah Mosque, Bazaar, Abakh Hoja Tomb, flight to Urumqi
Abakh Hoja Tomb: covered in splendidly mismatched glazed tile and best known among Uighurs as the resting place
ID KHA Mosque: The mosque was built in 1426 and is the largest mosque in China.
If it’s Sunday, you can also visit the Sunday Bazaar in Kashgar, and it’s likely the oldest bazaar of Xinjiang.

Sightseeing: The Erdaoqiao Bazaar, Xinjiang Autonomous Region Museum, flight to Beijing
The Erdaoqiao Bazaar: It is the largest Uygur bazaar in Urumqi. By entering a busy market of fruit, clothing, knives, and find other crafts.
Xinjiang Autonomous Region Museum: This museum with an exhibition area of 7800 square meters was built in 1953 in Uighur and Russian style. The exhibits focus mainly on archaeological treasures of the Silk Road and the local cultural relics. 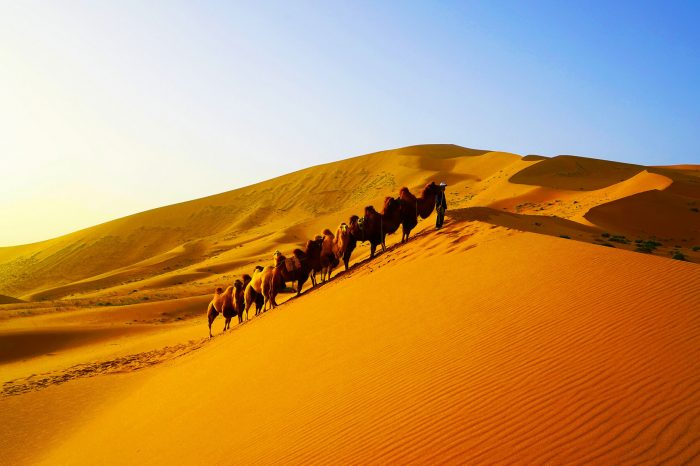 Hiking & camping in the third largest desert of China

Trekking and Camping in Taklamakan on Silk Road