-Idkah Mosque ( known for being the largest and oldest mosque in China that invites about 10,000 worshipers on every Friday. )
-the Abakh Khoja Tomb ( better known by the Chinese as Tomb of Fragrant Lady is an ancient Islamic building, where five generations of a famous Islamic master were buried. )
-Sunday Bazaar ( perhaps the largest road market in Central Asia, the trip to the Bazaar offers you a good chance to experience the very good touch to the vibrant city with its local residence.)
-the old town ( explore the Old Town of Kashgar to observe these time-aged houses and people’s daily life.)
-Kashgar Silk Road Museum ( dedicated to the fostering of an enhanced understanding between East and West.) 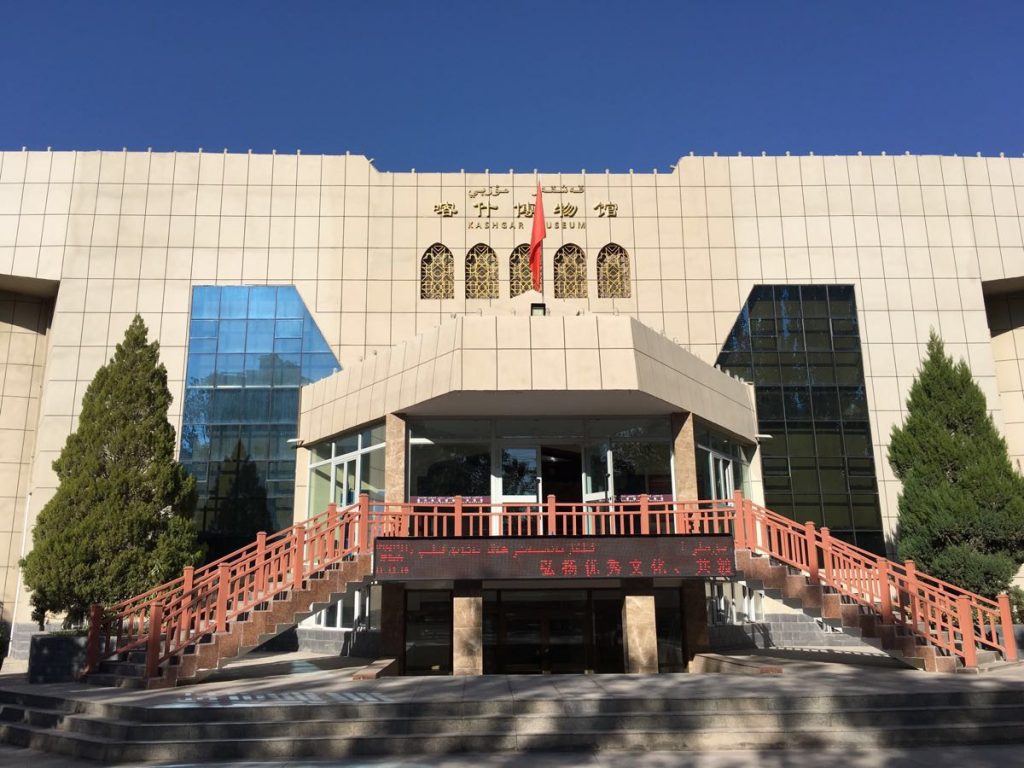 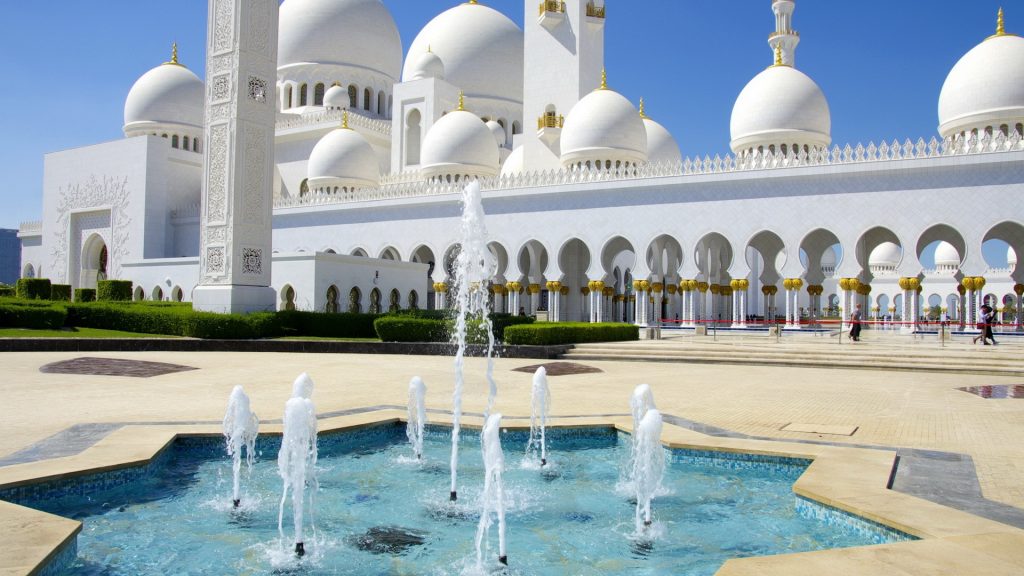 -Yingisar Uigur Pocket-Knife Workshop ( It is well chosen, exquisite in workmanship, beautiful in shape, beautiful in appearance and rich in national style.)
-the 500-year Yarkant King Mausoleum ( It was built as a tribute to Saeed Suri Don Said Khan and the first dynasty.)

-Derya Boyi village ( The village was isolated from other towns for thousand years and the people here have maintained a unique and rich desert culture which hasn’t yet been spoiled. Nobody knew people lived here until recently when the village was accidentally discovered by a petroleum expedition team.)

-start our trekking with the camels

-Karadong ( abandoned in the 4th century AD until its rediscovery by Sven Hedin in 1896 and Stein in 1908. )
-Tarim Basin ( an endorheic basin in northwest China occupying an area of about 1,020,000 km2 )
-the Mazartagh Mountains ( an arc-shaped mountain range located in the western part of Tarim Basin, between the Hotan and Yarkand river valleys, Xinjiang, China.) 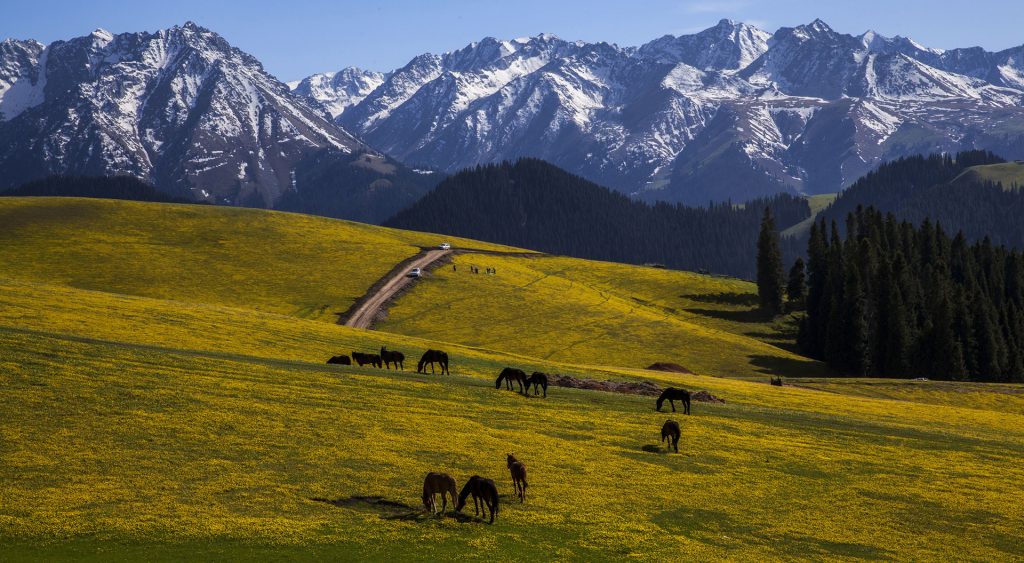 -Tibetan Fort at Mazartagh ( the ultimate goal of our desert caravan. )
-Khotan Darya ( its low banks covered by the dense fur of gnarled trees, another couple of hours walk brings us to the foot of the bare, gaunt, russet cliffs of marl and alabaster that mark the end of the Mazartagh chain of mountains.)
-Fort Mazartagh ( the desert crown and which in its present form dates from around 790AD being built shortly after the Chinese at Khotan surrendered to the superior Tibetan forces. )
-Khotanese, Brahmi, Sogdian, Arabaic and Uighur ( together clearly showing the international nature of trade along the Silk Road at that time.)

Day13 Driven to Kuqa Drive through the desert,Xinjiang

-Khotan Darya ( formed by the union of the White Jade (Yurungkash) and Black Jade (Karakash) Rivers, which flow north from the Kunlun Mountains into the Taklamakan Desert in northern China.)

-Kizil Thousand-Buddha Caves ( the earliest Buddhist art treasure trove in China, even one century earlier than the famous Mogao Grottoes. It is the largest grottoes located in the west part of China which was started excavating in the 3rd century.)
-The Kuqa Grand Mosque ( built in the 16th century and reconstructed in 1931, It is the region’s second largest mosque after the Etigar Mosque in Kashgar and has capacity for 3,000 worshipers. In the afternoon drive to Korla. )

-Karez Well ( a unique underground water system invented and built by the ancient farmers of various ethnic minorities of Turpan, aiming to adapt to the basin natural environment, solar radiation and the atmosphere in the dry region.)
-the Grape Valley ( where grape and other fruits are grown in this arid land. The valley is 8 km long, 600-2,000 meters wide, and is located some 10 km east of Turpan’s city center.)

-Bezkelik Thousand Buddha Caves ( have a history of over 1500 years. The oldest caves were chiseled in the 5th century A.D. and the newest were carved in the 14th century, giving the complex a construction history of one thousand years. )
-Gaochang City Ruins ( The high quality murals are considered to be masterpieces of religious art and provide valuable information for researching the history, Buddhist background, culture and art of this area and the relationship between the West and ancient China. )
-Flaming Mountain( about 10 kilometers east of Turpan, stretching up to 100 km from east to west and about 10km from south to north. )
-Astana Tomb ( Nicknamed “underground museum”, the Astana Tomb Complex contains a total of over 500 tombs, the occupants of which include aristocrats, officials and ordinary people from the early Western Jin Dynasty to the mid-Tang Dynasty.)

-Jiaohe Ruins ( an important archaeological site 10km West of Turpan is the remains of an ancient walled capital of the Uighur with its large monastery and palace. )
-Urumqi ( the capital of Xinjiang. )
-Xinjiang Autonomous Region Museum ( to learn more of Xinjiang and the Silk Road topics at large.)
-Erdaoqiao Bazaar ( a bustling market filled with fruit, clothing, crafts, knives, carpets and almost anything that you can imagine. ) 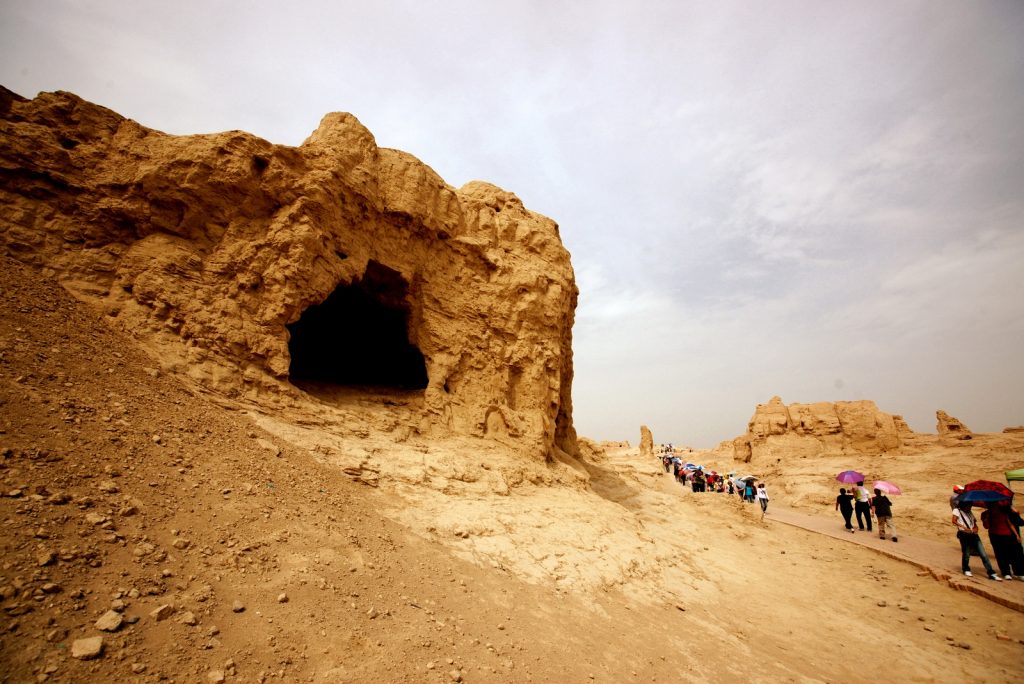 Transfer to airport for your departure flight. Journey ends. 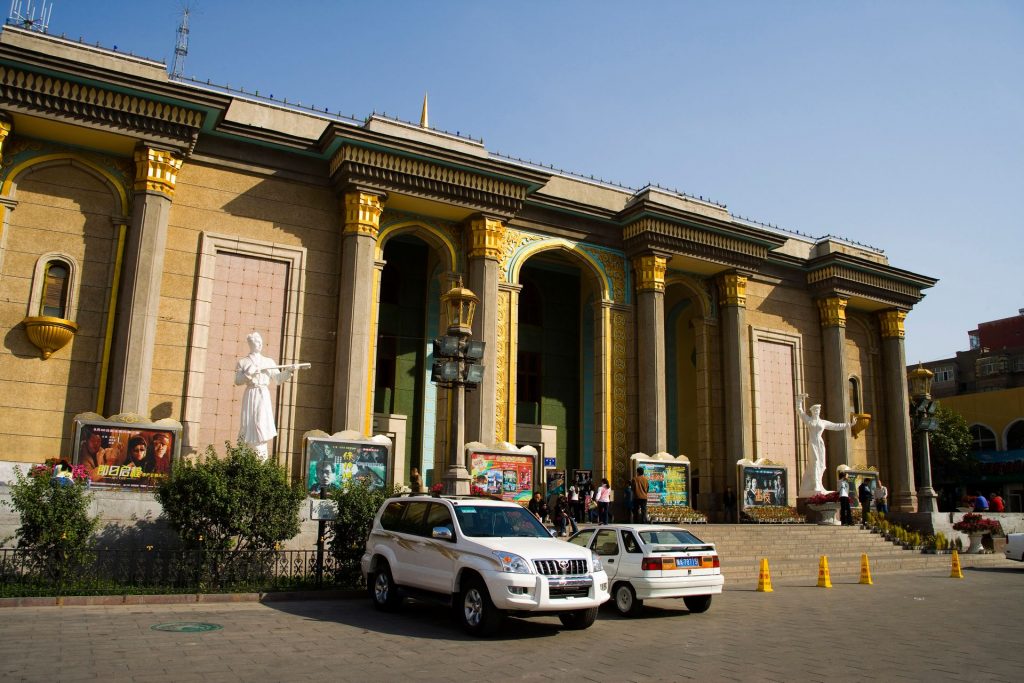