-Danba ( It has long been acclaimed as the Kingdom of Thousands of Ancient Blockhouses. )
-Suopo Village ( They were made of clay and block and look fine from outside with solid thick walls.)

-Jiaju Village ( 10 kilometers away from the county city, is one of the rare places in China that has preserved complete Tibetan style residences. )
-Lamasery Lhagong Monastery
-the holy mountain Yala ( It is considered a trekking peak by the Nepal Mountaineering Association, and is a relatively simple, non-technical climb.) 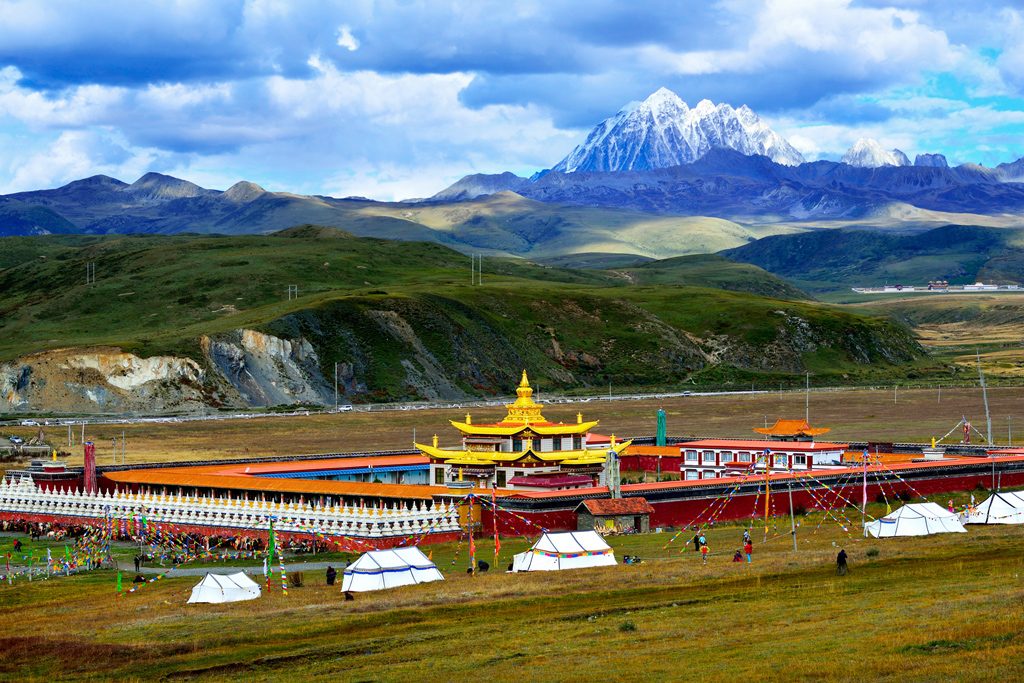 -Litang monastery ( originally under the control of the Bon religion but converted into a Gelug Sect monastery in 1580 in the Ming Dynasty (1368 – 1644) by the third Dalai Lama.)
-Maoya Grassland ( horse-racing festival )

-Haizi (4700 m) Mountain ( There are 1145 sizes of haizi. Its scale density is unique in our country.)
-Batang (2589 m) ( the west-most town in Sichuan Province, cross the Golden Sand River and you get into Markam in Tibet Autonomous Region. )

-Mekong River ( It is the world’s 12th-longest river and the 7th-longest in Asia.)
-Joba and Dongda 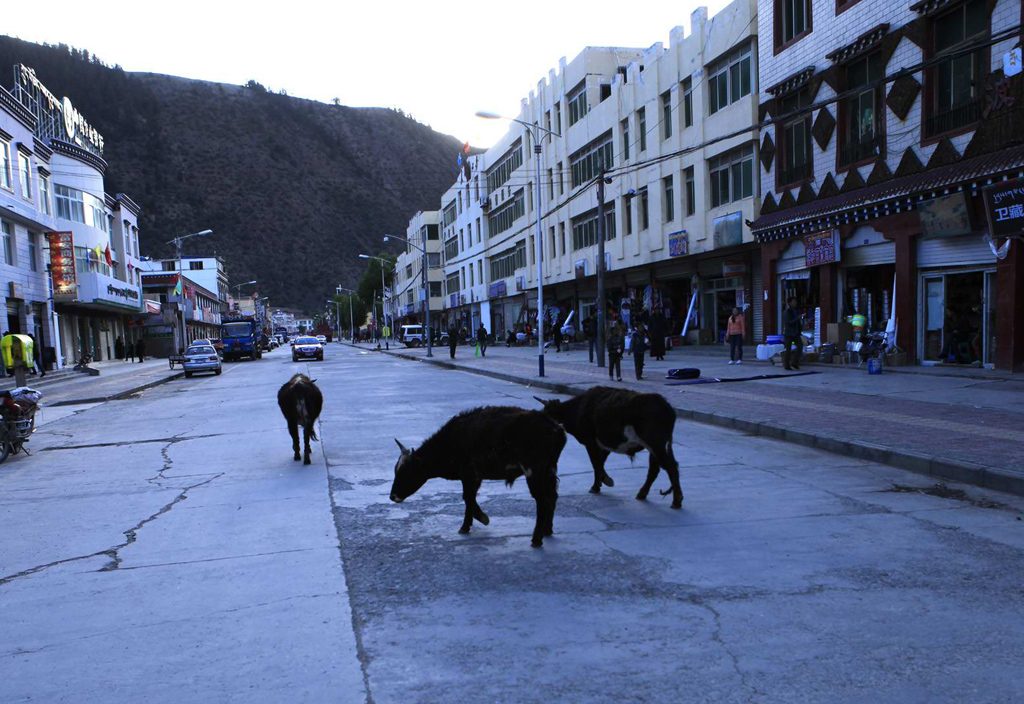 -Lush green forests, crystal blue alpine lakes, snowy peaks, and picturesque farm houses will be a feast to you all.
-Midui Glacier ( the glacier tongue of which reaches woodland flowers and bushes.Famous for its beautiful arching structure, it is the lowest glacier in China. )

-Poto-chu Valley at Tramog ( located deep in the thickly forested gorge of Parlung Tsangpo with glacial waterfalls streaming from the mountainsides.)
-Tang-me ( where the Tsangpo and Parlung Tsangpo rivers meet.)
-Mt.Namche Barwa ( The traditional definition of the Himalaya extending from the Indus River to the Brahmaputra would make it the eastern anchor of the entire mountain chain, and it is the highest peak of its own section as well as Earth’s easternmost peak over 7,600 metres.)
-Buchu Temple ( a temple in an ancient monastery about 28 km south of the modern town of Bayi, which replaces the old village of Drakchi, in Nyingchi County of eastern Tibet.)
-Lamaling Temple ( a Buddhist monastery located near the village of Jianqie ) 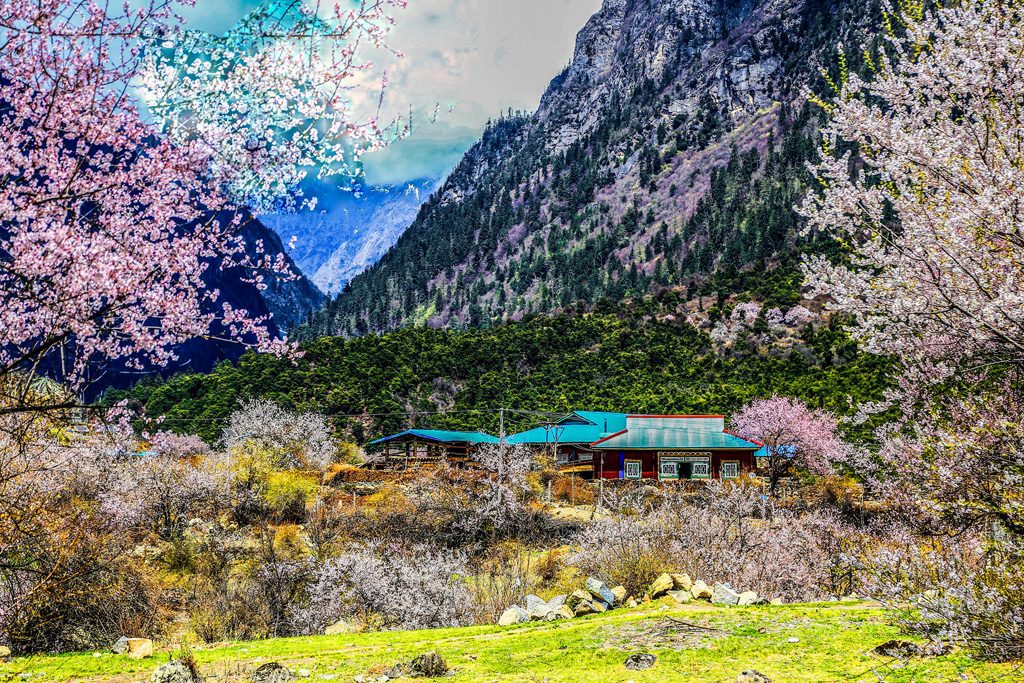 -Basum Tso Lake ( also named as Cuogao Lake meaning green water in the Tibetan language. It is a famous holy lake of the Nyingma Sect. )

-Potala Palace ( the landmark of Tibet and once served as the winter residence of the Dalai Lama. )
-Jokhang monastery ( the holiest temple in Tibet )
-the holy Barkhor circuit ( The Jambhala Lhakhang is below the chapel, with a central image of Marmedze, the past Buddha, and a small inner Kora path. Starting here, you can go back to the north or you can take the eastern way and join the Barkhor circuit.)
-Remoche Monastery ( It was originally built to house the Jowo Sakyamuni image brought to Tibet by Princess Wencheng but sometime in the 8th century the image was swapped for an image of Akshobhya, brought to Tibet in the 7th century as part of the dowry of King Songtsen Gampo’s Nepali wife, Princess Bhrikuti.) 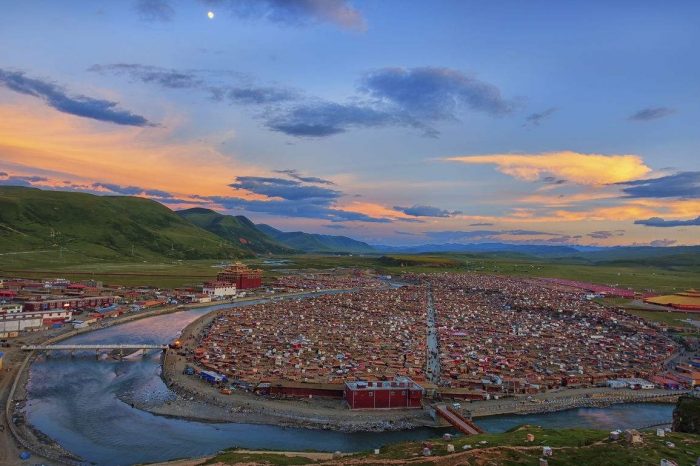 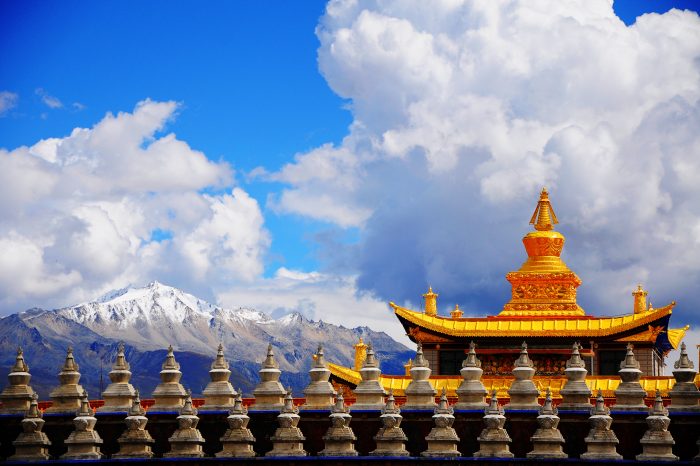 Self-drive overland Tour from Xining to Chengdu with rental car