Enter China, and deal with the related procedures at border. Guide will meet you at China side and help you all after come into China. Drive about 1 hour to next town-Mengla.

Finish the rest procedures at Mengla and then drive to Jinghong, the capital of Xishuangbanna Prefecture. If time permits, option for visiting: Menglun Tropical Botanic Garden around 90km away; and It’s good a place for learning tropic forest and a light trekking inside.
Drive back and stay overnight in JInghong.

About 6-8 hours drive on almost the highway to Kunming.

Today drive to famous Stone Forest (Shilin) for visiting and drive back to Kunming for stay overnight. It’s 86km away from Kunming for single way. We can describe it as a conglomeration of utterly bizarre but stunning karst geology. In this park, there is a massive collection of grey limestone pillars split and eroded by wind and rainwater.

Drive to Dali. After arrival visit and relax here. Options:
Around Er’hai: Erhai has the area of 249 square kilometers and surrounding by group of mountains. Enjoy the scenic viewing.
The Three Pagodas: it’s the symbol of the town. About 2km north of the north gate of Dali ancient town;
And walk around in the ancient Dali Town.

Drive to Lijiang via Shaxi and Jianchuan County. Shaxi once a crucial node on one of the old tea-horse roads (more like “caravan routes“) that stretched from Yunnan to Tibet, Nepal, Burma, Laos, Vietnam and parts of China. The “Friday market“ is the only one with a surviving market now. Then go on drive to get to Lijiang via Jianchuan. Lijiang one of the most beautiful towns and also belongs to the World heritage list of UNESCO. Its maze of cobbled street, rickety wooden buildings and gushing canals make suitable atmosphere. You can enjoy and relax here.

Sightseeing in Lijiang on today:
Black Dragon Pool Park: On the northern edge of Lijiang is the Black Dragon Pool Park. Its view of Yulong Xueshan (Jade Dragon Snow Mountain of 5,596 m) is the most obligatory photo shoot in south-western China.
The Museum of Naxi Dongba Culture: Naxi cultural is with the unique pictograph script for religion purpose before (dance and music ritual), and normally speaking it started from Tang and Song dynasty so have history of over 1000 years already.

Head to Baisha village and visiting, famous for the Baisha Fresco which was made in the Ming Dynasty (1368-1644), compare with other religion mural, the features of such mural here are rich and varied. And then go on drive to Shangri-la and on road trekking in Tiger Leaping Gorge. Drive to parts of China’s longest river, the Yangtze (6380 km), and the part we trek is along with the first period of the river called Jinsha River (Jinsha Jiang). As one of the deepest gorges in the world, Tiger Leaping Gorge measures 16km long. Hike in the gorge for several hours, then we go on drive to Shangri-la (3200 m) in the afternoon. Now we are already near the Tibet edge.

Drive to Xiangcheng, almost of county road and enjoy the magnificent scenery on the road. Visit the monastery Sangpini and feel the local Tibetan life.

Drive to Litang via Sangdui, you can enjoy the very alluring landscapes on the road. Litang is the highest city of world. Driving around 6-7 hours. After arrival visit the Litang Chode Gompa which is the largest monastery in Eastern Tibet, Kham Gelupa School area.

Drive via Xinduqiao to Kangding. Have a rest in Xinduqiao for taking photos. It’s called the “paradise for photography.” Arrival in Kangding and visiting if time permits. Kangding has long been a trade centre between Chinese and Tibetan cultures, with exchange of wool, herbs and bricks of tea from Ya’an wrapped in yak hide. It also served as an important staging post on the road to Lhasa, as indeed it does today.

In the morning drive to Chengdu via Luding and Ya’an. Visit Luding Bridge on the road. Luding Bridge was built in the Qing Dynasty. In 1935 Chinese Red Army during the Long March has gone through this bridge and it is referred to later as a monument to the Communist Party.
Go on drive till arrive in Chengdu. Chengdu is the capital city, and also the culture and political center of the Sichuan province in southwestern China. The history of Chengdu can look back on more than 2500 years before. Experience here by dinner with famous Sichuan hot pot. Then enjoy the Sichuan Opera with magic Face Changing.

In the morning drive north to the panda breeding center in Chengdu and have fun. Then visit the monastery Wenshu. It’s the Chengdu’s largest and best-preserved Buddhist of the Tang Dynasty Wenshu. The air is redolent with incense, there ‘s a low murmur of chanting, and despite frequent crowds of worshippers, there’s still a sense of serenity and solitude. A vegetarian restaurant and two atmospheric teahouses are on the ground.
Taste Sichuan cuisine which is one of the four best cuisines of China as lunch. In the afternoon go on drive to Guangyuan.

Drive to Xi’an. Arrival in Xi’an and visit if time permits. Options like:
Old bell and drum tower: it is one of the most famous and best preserved city towers in China.
Old city wall: Built in 1370 during the Ming dynasty, the 12m-high walls are surrounded by a dry moat and from a rectangle with a perimeter of 14km. Xi’an is one of the few cities in China where the old city walls are still standing. You can also cycling around the wall if interested in.

Day trip of:
Terracotta Warriors：one of the famous archaeological finds in the world. This subterranean life-size army of thousands has silently stood guard over the soul of China’s first unifier for over two millennia. Drive about 1.5 hours of 70km from Xi’an city of single way.
Big Goose Pagoda: as Xi’an’s most famous landmark, it’s dominates the surrounding modern buildings. It was completed in AD652 to house the Buddhist sutras brought back from India by the famous Tang dynasy monk Xuan Zang. Xuan spent the last 19 years with team translating scriptures; many of these translations are still used today.

Drive to Sanmenxia, Sanmenxia has the feature that one fifth of the population is Christian. Then visit the Sanmenxia Reservoir on the Yellow River (Huang He) in the eastern province of Henan in China. It is the largest dam in the storage space in East and Southeast Asia and the first dam built on the Yellow River. The 108-meter-high concrete gravity dam was built in April 1957 to September 1960 with Soviet advice in Sanmenxia city, and was considered a great achievement of China. The storage space is now filled with sediment to a considerable extent because of the mud of the Yellow River is deposited in large quantities. This was not initially anticipated and there were initially no openings in the dam to flush the lake there.

Drive to Pingyao (UNESCO). Pingyao came into its own during the Qing when merchants here created the country’s first banks and cheques in order to facilitate the transfer of enormous amounts of silver from one place to another. Almost 4000 Ming- and Qing- dynastry residences remain within the city walls.

Drive via Taiyuan to Yingxian. Visit the timber pagoda. The 1056 built, charming five-story pagoda is the oldest and tallest (67m) wooden pagoda in the world.

Drive to Hunyuan, visit the hanging monastery in the mountains, and go on drive to Datong Yungang Caves for visiting. Carved by The Turkish-speaking Tuoba, the Yungang Caves stand out from the initial influx of Buddhisim into China, drawing their designs from Indian, Persian and even Greek influence.

Day trip in Beijing of:
The Forbidden City: So called because it was off limits for 500 years, the Forbidden City is the largest and best-preserved cluster of ancient buildings in China. It was home to two dynasties of emperors, the Ming and the Qing, in total 24 Chinese emperors.
The Summer Palace: this opulent dominion of palace temples, gardens, pavilions, lakes and corridors was once a playground for the imperial court.

A whole day drive from Beijing to Border of china and russia.

Deal with all the process, then exit from China to Russia. 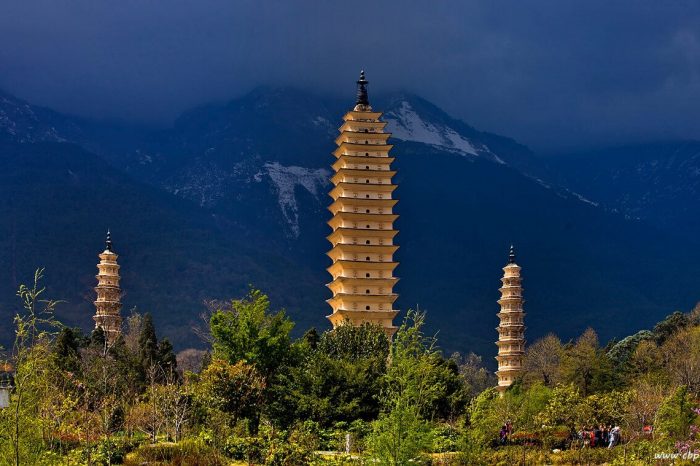 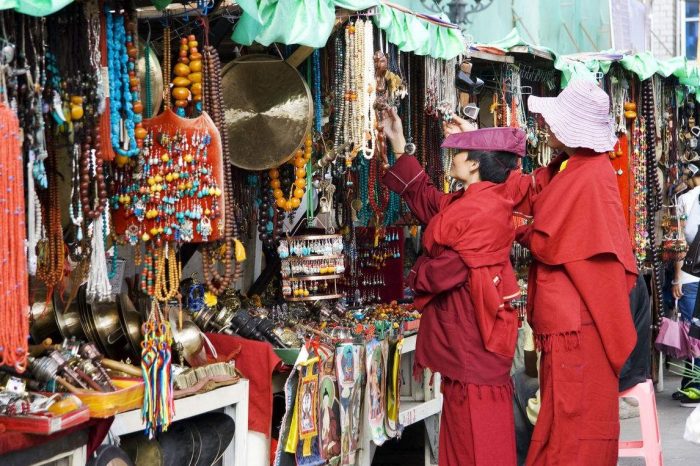 Classical China and Tibetan culture trip with your own car. 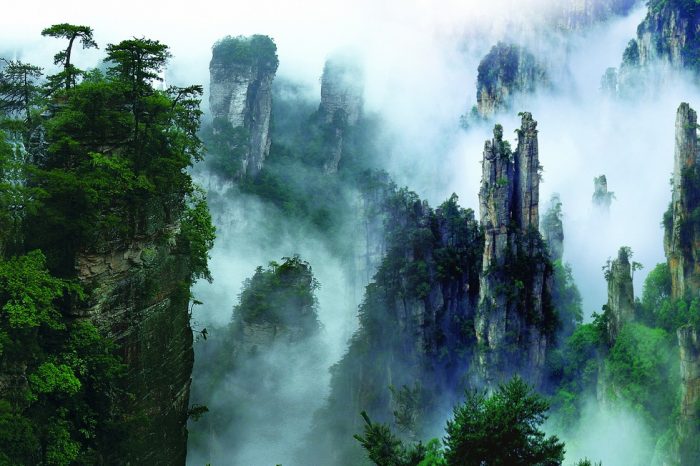 Drive to china, driving into china.