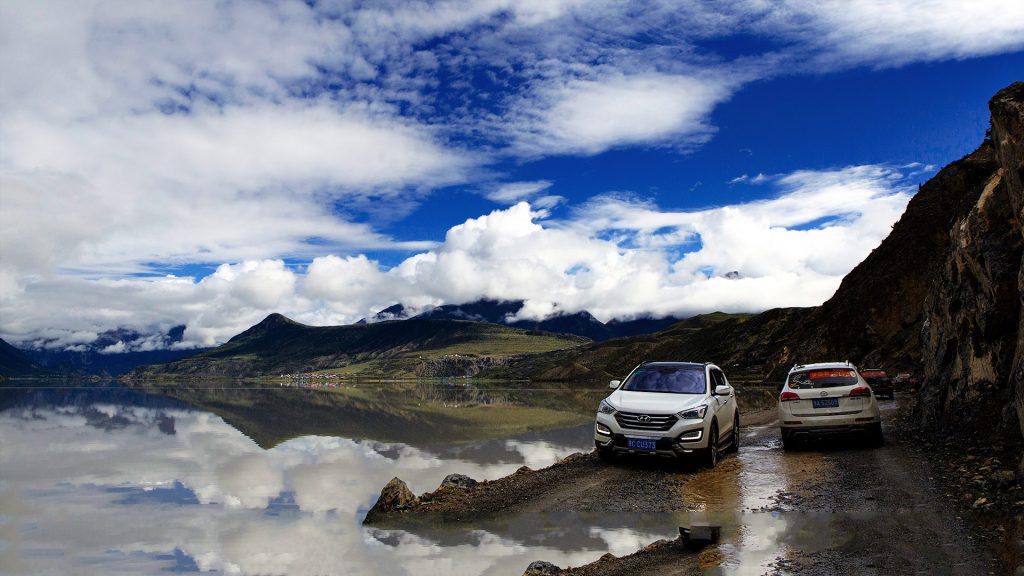 – Yamdrok Lake (the world’s most beautiful water, a beautiful turquoise alpine lake, one of the largest three sacred lakes in Tibet has stunning scenery. )
– Pelkor Chode Monastery (in Tibetan language means “auspicious monastery”, the only one large building complex in Tibet that old monastery and stupas are completely preserved and characterized as a monument.)
– Kumbum Stupa (the biggest and most famous chorten (stupa) in Tibet, a master-piece of the joint efforts of the Nepalese, Tibetan and Chinese.) 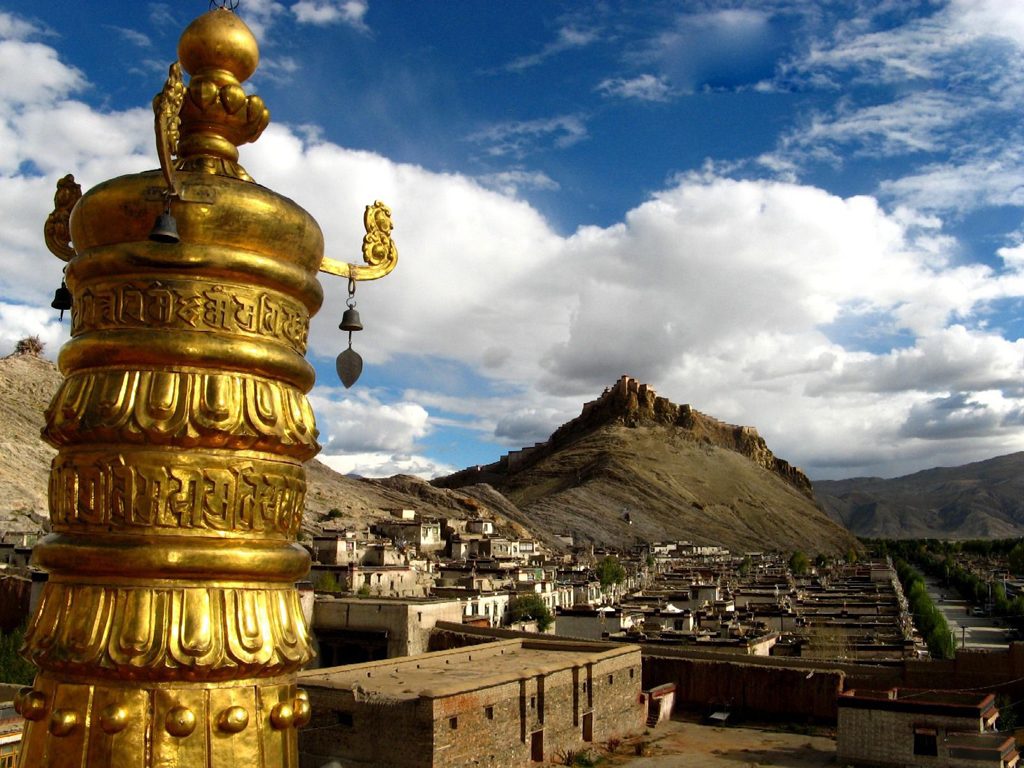 – Tashilunpo Monastery (one of the oldest and largest Gelug sect monasteries in Tibet and it is also the traditional seat of successive Panchen Lama.)
– Sakya Monastery (famed as the “Second Dunhuang” due to its colossal collection of numerous Tibetan Buddhist scriptures, murals and Thangkas.)

– Kharta Valley (a remote region along with Mt. Everest which consists of the Himalayan ranges of Everest region and the arid Tibetan plateau.)

– Kharta Valley (a remote region along with Mt. Everest which consists of the Himalayan ranges of Everest region and the arid Tibetan plateau.)
– Langma La(altitude 5344m, overview Mt. Everest, Lhotse, Makālu and Chomo Lonzo)
– Kharta Yulbaa (the main village in the region.)
– Lundrubling(where visitors are warmly welcomed by and enjoy a meal with the villagers.)
– Shao La (a good camping area at Dhamphu, just before the path crosses the valley stream by a small rock bridge.)

– Makalu (the fifth highest mountain in the world at 8,485 metres, an isolated peak whose shape is a four-sided pyramid.)
– Jomo Lonzo (the north peak of Makalu.)

– Kaamo Tsangpo Valley (the most beautiful valley in the world, located in Chomolungma National Nature Reserve.)

– the Kangshung Glacier (one of the three main glaciers of Mount Everest, and is in the Tibet region Himalayas.)
-Tso Nak (the black lake,below rocky outcrop the source of Bakcha chu)
– Lhotse Shar (a subsidiary mountain of Lhotse, and the 11th-highest mountain on Earth. It has the highest fatality rate of all the eight-thousanders. )
– the Karma Gangri peak (is the massive, glaciated tributary valley of the Rabka Chu.)

– Chahataphu (where the trail to the Langma La branches off.)
– the Kangshung Valley ((one of the three main glaciers of Mount Everest, and is in the Tibet region Himalayas.)
– the Tsechu Tsho (a holy lake with a Guru Rimpoche cave temple, a beyul, or hidden sanctuary.)

– Chomo Lonzo (7790m) ( located in the Kangshung valley and separated from Makalu by Sakietang-La, Chomo Lonzo has three different summits.)
– Pethang Ringmo (the last base camp to go to the base camp of Mt. Everest, where can view Mt. Everest, Lhotse Shar and Chomo Lonzo. )

– Karbus – Kangshung BC (an absolutely stunning location, ringed by mountains and with an awesome view of the Kangshung face, and Lhotse, and by exploring only a little further you can see the steep amphitheatre falling from Lhotse.)

– Mount Everest (means “Goddess” in Tibetan, is the highest mountain on earth with an altitude of 8, 848.13 meters.)
– The Base Camp (the most popular trekking destination in Tibet and is an increasingly popular itinerary on a Land Cruiser trip to the border.)

– Kathmandu (is the capital city of the Federal Democratic Republic of Nepal, the largest Himalayan state in Asia. It is the largest metropolis in Nepal.)

– Kathmandu Durbar Square (located in the heart of Kathmandu valley, a list of world treasures kept by UNESCO, the cultural organization of the United Nations.)
– Swoyambhunath Stupa (Kathmandu’s most important Buddhist shrine.)
– Patan Durbar Square (one of the three Durbar squares in Nepal and is now listed on UNESCO’s world heritage sites, one of its attraction is the ancient royal palace where the Malla Kings of Lalitpur resided.) 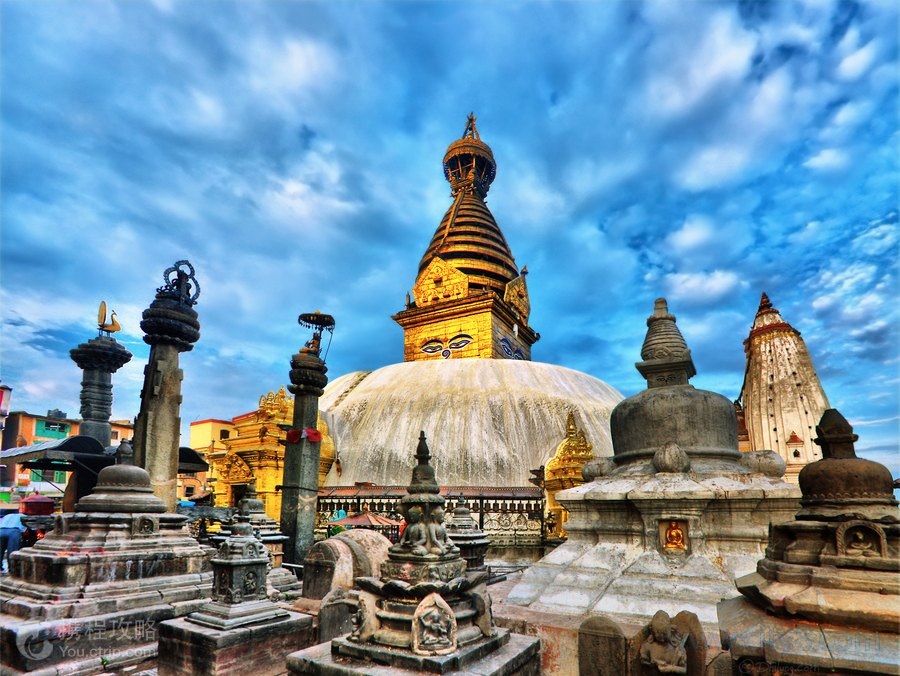