– Tiananmen Square (the largest city plaza in the world.)
– Forbidden City (one of the world’s five most important palaces, a huge palace complex of more than 9,000 rooms where 24 emperors of the Ming and Qing Dynasties lived.)
-Temple of Heaven (a bustling place where locals take part in traditional activities such as Tai Chi, dancing, kite flying, water calligraphy, and others.)

-Badaling Great Wall (one of the Seven Wonders of the World.)
– Sacred Way(means the road leading to Heaven, the construction of the whole way last for more than one hundred years.)
– Ming Tomb (the best- preserved tombs in all the chinese imperial tombs.)
-Bird’s Nest (the National Stadium, the main venue of the 2008 Beijing Olympic Games.)

-Terracotta Warriors (one of the greatest man-made wonders in the world, built by the first emperor of China Qin Shihuang to protect him in his afterlife.)
-Big Wild Goose Pagoda (the most famous building in the temple. It is built by the famous Buddhist master Xuanzang to preserve classic scriptures he bought back from India during the early Tang Dynasty. )
– Provincial History Museum (one of the first huge state museums with modern facilities in China and one of the largest. appreciate historic relics such as porcelains, paintings, and currencies dating from the Zhou to the Tang dynastic periods (1100BC to 907 AD).)

– City Wall (the largest and best-preserved ancient city wall in China.)
– Great Mosque(It is the best preserved and largest Ming Dynasty mosque. It is also one of the major spot for the religious activities of over 60,000 Moslems in Xi’an.)
– Muslim Bazzar (a place where you can try different local snacks and explore Muslim culture.)

-Xian Museum (This museum collectively reflects the long history of Xi’an city, integrating with the small Wild Goose Pagoda, the national key protection culture unit, the ancient building groups of Janfu Temple, and the modern culture relic exhibition hall..)
-Small Wild Goose Pagoda(one of two significant pagodas in Xi’an, a wonderful leisure site for the appreciation of cultural relics, sightseeing and entertainment.)
-Panda House (the second hometown to panda, visitors can get a close distance to watch the giant pandas and their offspring.)
– Yangtze River(the third longest river in the world, but the longest river within a single country, the most interesting river in the world, with a wide variety of tourist attractions, scenery, and culture along its length.)

– Shibaozhai ( one of the “Pearls” of the Yangtze River )
– Fengdu Ghost City(“Home of The Chinese Divine Comedy”, the only ghost city in China.) 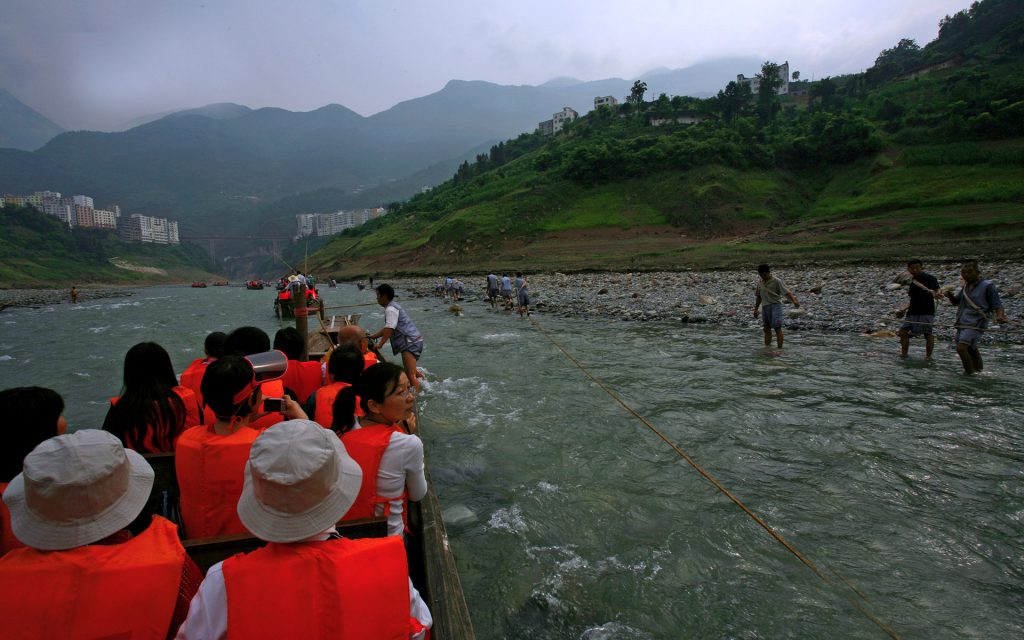