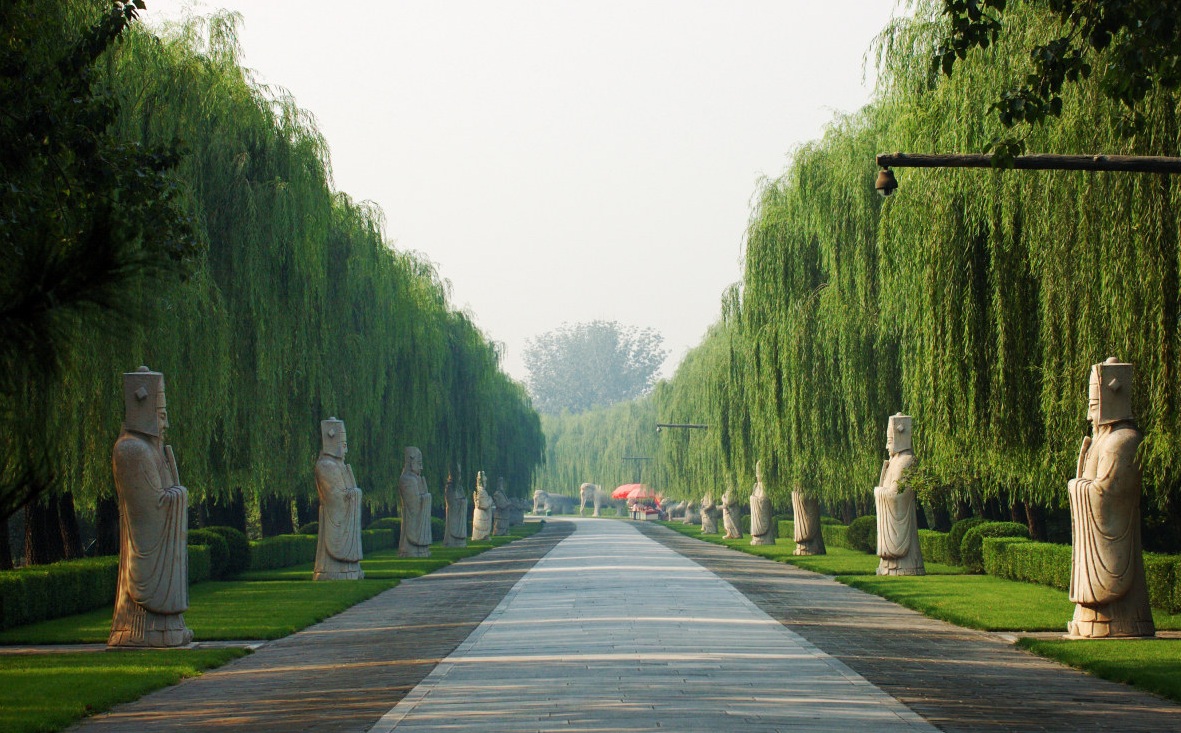 Fly to Kashgar. Airport-hotel transfer.
Sunday Market: Just not the buy-it and bag-it variety. Shopping, like practically everything in Kashgar, is an ancient art form in which no transaction transpires quickly. 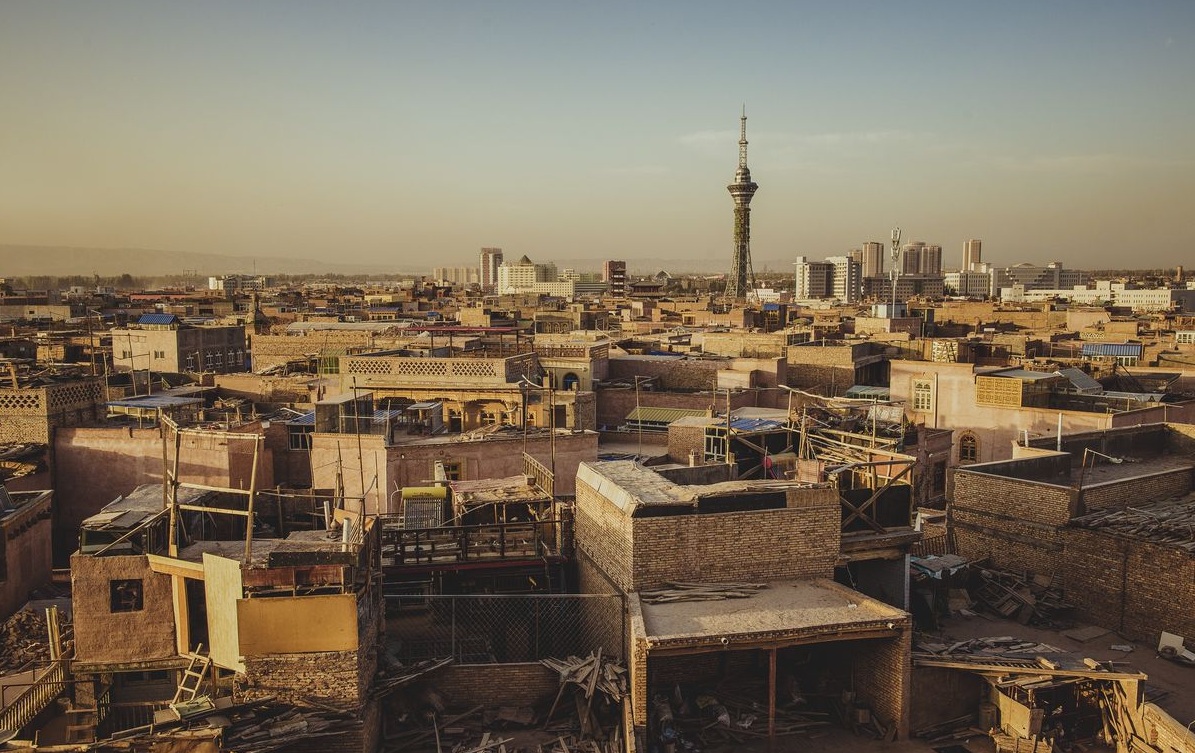 Id Kah Mosque: ‘Id Kah’ means ‘a place of praying and celebrating in festivals’. The Id Kah Mosque is located on the central square in Kashgar City, Xinjiang Uigur Autonomous Region. As the biggest mosque in China, it is a group of old Islamic constructions with strong ethnic style and religious features.
Old Street: The old town and narrow alleyways are pretty much only explorable on foot. Cross streets carefully in Kashgar as no pedestrian crossings are available.
Abakh Khoja Tomb: t served as the family, a famous Islamic missionary, the powerful ruler of Kashgar in the 17th century who was revered as a prophet and second only to Mohammed. It is said that Rong Fei Iparhan, a favorite Concubine of Emperor Qian Long, was buried here.

Fly to Urumqi. Land transfer from Urumqi Airport to Turpan.

Jiaohe Ruins: Big ancient ruined city in Xinjiang and one of the best preserved cities of its time in China.
Sugong Pagoda: Xinjiang’s largest ancient pagoda.
Baizikeli Thousand Buddha Cave: famous for ancient muralsWith with exsiting 60 caves, and over 40 caves have ancient murals of 1200 square meters.
Flaming Hill： the Flaming Mountain is a barren, eroded, red sandstone mountain. The erosion of the sandstone rock has given the mountain an appearance of being on fire. 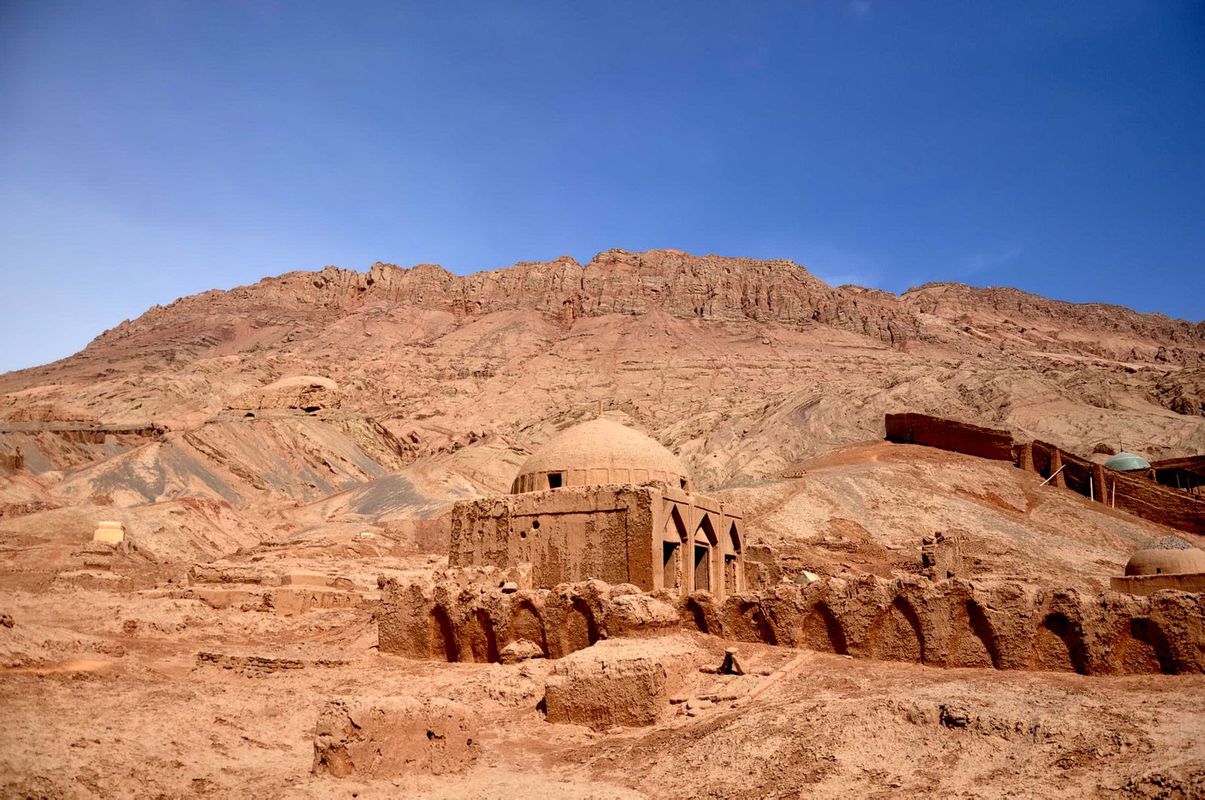 Mogao Grottoes: As an important strategic location on the Silk Road in the ancient times, the place Mogao Grottoes locates was not only a transfer station of east-west trade but also an intersection where oriental and western religions, cultures and knowledge met. Constructed on the bluff at the eastern foot of Mount Mingsha, Mogao Grottoes or Western Thousand Buddhas Caves, is among the Four Greatest Grottoes of China as well as the largest and most well-preserved treasure house of Buddhist culture and arts in the world.
Dunhuang Museum: The Dunhuang Museum reflects the flourishing social development and cultural exchange between China and the West during the time when Dunhuang was a major center along the Silk Road. A trip to the Dunhuang Museum will provide visitors with a greater understanding of the history and culture of the Chinese people and their ancient civilization.

Echoing-Sand Dune (camel-riding) and Crescent Lake:Mildred Cable and Francesca French visited the lake during their travels in the region, and recorded their impressions in their book The Gobi Desert, “All around us we saw tier on tier of lofty sand-hills, giving the lie to our quest, yet when, with a final desperate effort, we hoisted ourselves over the last ridge and looked down on what lay beyond, we saw the lake below, and its beauty was entrancing.

Terracotta Warriors: constructed to accompany the tomb of China’s First Emperor as an afterlife guard. It is considered one of the greatest archaeological sites in the world, and one of the greatest discoveries of the 20th century.
Shanxi History Museum: Shanxi History Museum is located in the northwest of the Xi’an Wild Goose Pagoda. It was built in 1983 and was open on June 20, 1991. Shaanxi History Museum is China’s first large-scale modern.
Big Wild Goose Pagoda：A well-preserved holy place for Buddhist with a history of over 1300 years. It is the landmark building of Xian, the key national cultural relics and AAAA attraction.

City Wall: The most intact ancient Chinese wall in existence. It encircles and protects the ancient part of Xian City. Xian was the capital of thirteen different Chinese dynasties, so the need for a defensive structure.
A local family visit, Home-cooked lunch.
Fly to Shanghai. Airport-hotel transfer.

otel-airport transfer & see you off. A pleasant trip home!